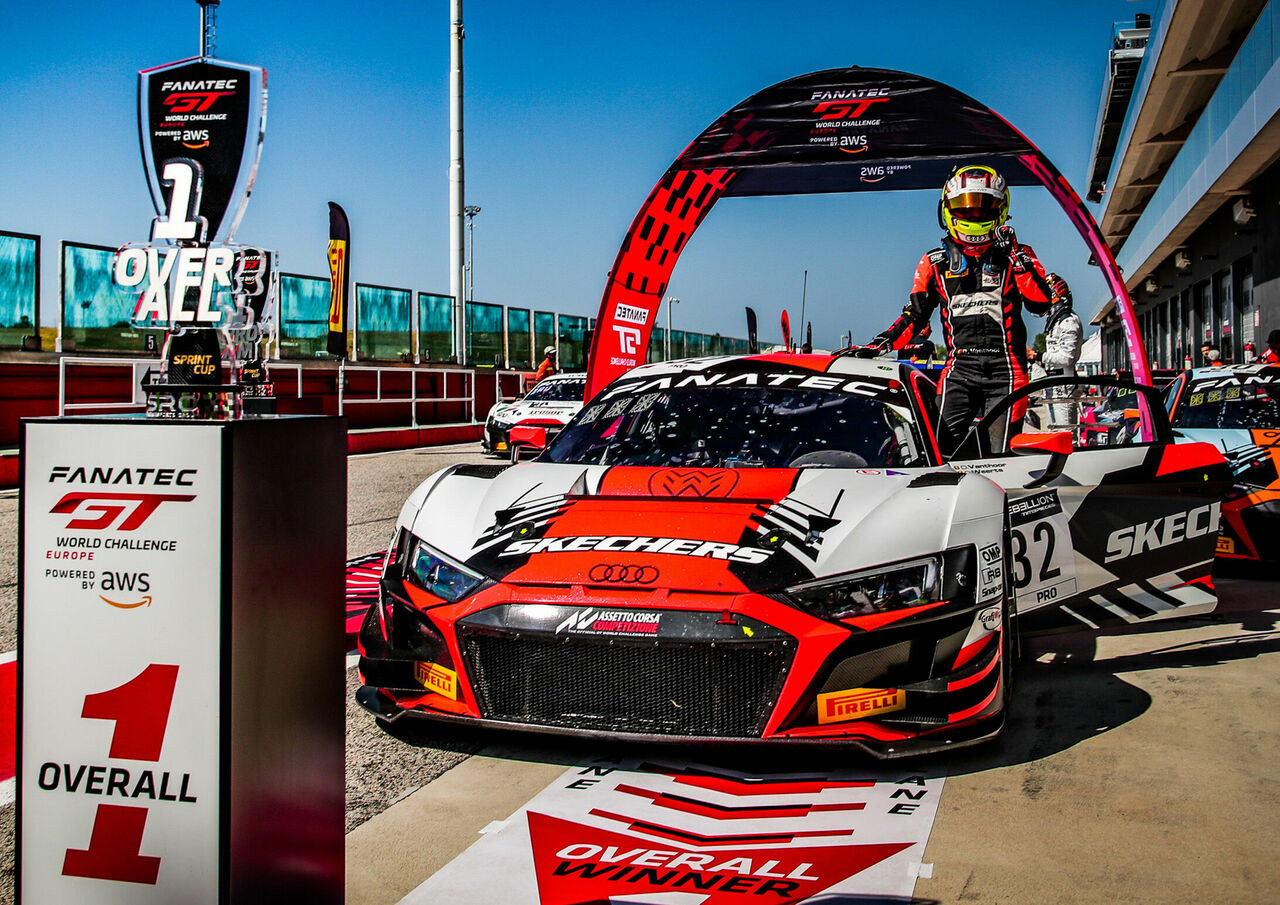 Championship leads extended: The GT2 European Series headed to Misano for its third event of the year. The battle for third place in the first race was a three-way Audi R8 LMS GT2 fight with the duo of Peter Guelinckx and Bert Longin from PK Carsport coming out on top to clinch the final step on the podium. Pole position for the second heat belonged to Elia Erhart with his Audi R8 LMS GT2 from LP Racing. In the end, the victory came down to a tight battle with just over one second covering the first four cars at the finish. Leading the way was Stienes Longin and Nicolas Saelens in their Audi R8 LMS GT2 from PK Carsport, ahead of Am class winner Henry Hassid in his Audi R8 LMS GT2 from LP Racing. This marked the fourth win in six races of the series so far this year for the most powerful race car from Audi Sport customer racing. Stienes Longin and Nicolas Saelens continue to lead the Pro-Am drivers’ standings, having extended their lead ahead of Peter Guelinckx and Bert Longin, while Henry Hassid also increased his lead at the top of the Am drivers’ classification.

First place in Vila Real: The famous street circuit in Portugal hosted the second round of the Campeonato de Portugal de Velocidade, which was also a joint non-championship event of the Supercars Endurance series. Veloso Motorsport celebrated victory in the weekend’s opening race with the pairing of Patrick Cunha and Jorge Rodrigues in an Audi R8 LMS GT4, who won with a 14-second advantage over their nearest competitor in the overall results.

Silverware for Saintéloc Racing: At the third weekend of the GT4 European Series hosted at the Misano circuit in Italy, the reigning Pro-Am class drivers’ champions, Grégory Guilvert and Fabien Michal, finished runner-up overall in the weekend’s opening race. It was the second overall podium result for the two Frenchmen in an Audi R8 LMS GT4 from the Saintéloc Racing team so far this season.

Third place in Nuremberg: Thiago Vivacqua finished third in the opening DTM Trophy race at the Norisring – the third event of the season. It was the second podium result for the Brazilian youngster with an Audi R8 LMS GT4 from Heide-Motorsport so far in 2022.

Firm hold on the championship lead: Franco Girolami enjoyed a successful weekend with the Audi RS 3 LMS and the Comtoyou Racing team in TCR Europe at the Norisring in Germany – the fourth event on the season’s calendar. Having started the first race from eighth on the grid, the Argentine moved forward to take his fourth podium finish of the season with third place on the street circuit. In the second heat, Girolami lined up in third place and later moved into the lead on the tenth lap and remained at the front to win his second race of the year so far. Girolami’s lead in the drivers’ championship has now more than doubled after the Norisring with an advantage of 72 points over second place.

Coming up next week