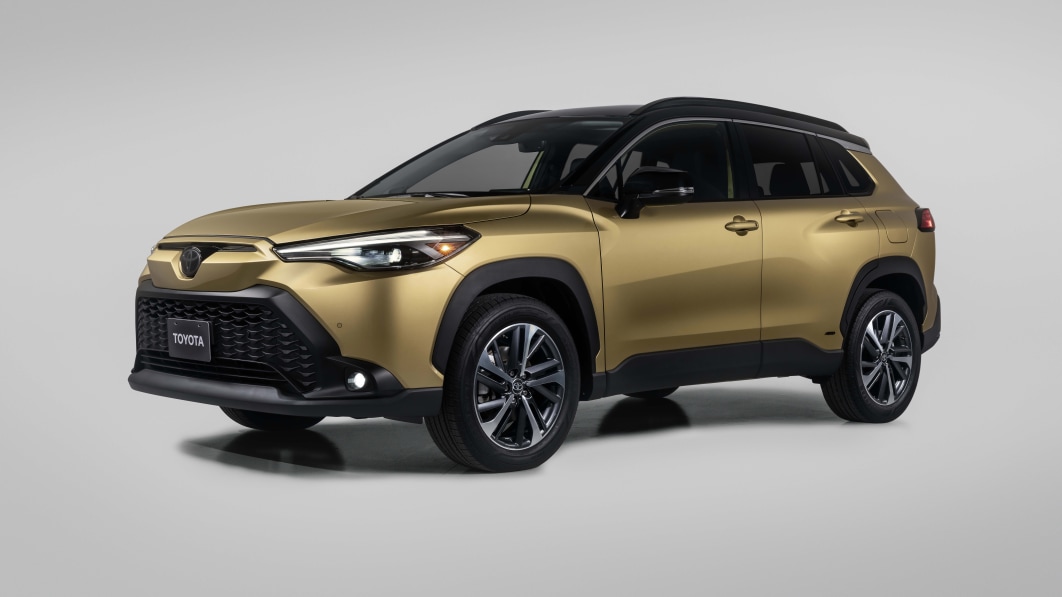 Almost exactly one year ago, Toyota confirmed that its then-new Corolla Cross would eventually be offered with a hybrid powertrain. And here it is. Arriving for 2023, the electrified baby SUV will pack a respectable 197 horsepower and standard all-wheel drive while delivering 37 mpg combined.

The standard all-wheel drive tells us that the 2023 Corolla Cross Hybrid makes use of the same system offered in some of Toyota’s other small hybrids, wherein the front wheels are powered by the internal combustion engine and the rears by an electric motor with no physical connection between them. This system is functional enough but has its limitations; Toyota says the Corolla Cross hybrid can knock out a 0-60 run in 8.0 seconds. That sounds fine enough for one of these baby CUVs, but we’re not sure it’s enough to really elevate the Corolla Cross’s lukewarm driving experience.

Apparently Toyota anticipated that reaction because the Cross Hybrid is getting another party trick for 2023 — sport models. Denoted by “S” in their trim names (S, SE and XSE), these will be the edgier variant’s of Toyota’s new baby hybrid. While it may seem strange that Toyota chose the Hybrid as the opportunity to make the Corolla Cross more dynamically engaging, this is an approach we’ve seen them take before; the RAV4 is a Prime example. Yeah, not sorry. If you opt for one of the S trims, you’ll get a sport-tuned suspension and standard 17-inch alloy wheels; the XSE replaces those with 18-inchers.

Toyota has not yet announced pricing for the Corolla Cross Hybrid apart from what you’ll have to shell out to add its unique Wind Chill Pearl exterior finish ($425). The base 2022 Corolla Cross checks in at $23,410, but between the cost of AWD and hybrid components and the prevailing conditions of the market, we wouldn’t be surprised to see a starting price closing in on the $30,000 mark. We should know more soon; 2023 isn’t that far away, and some automakers are already cranking out cars for the coming model year.