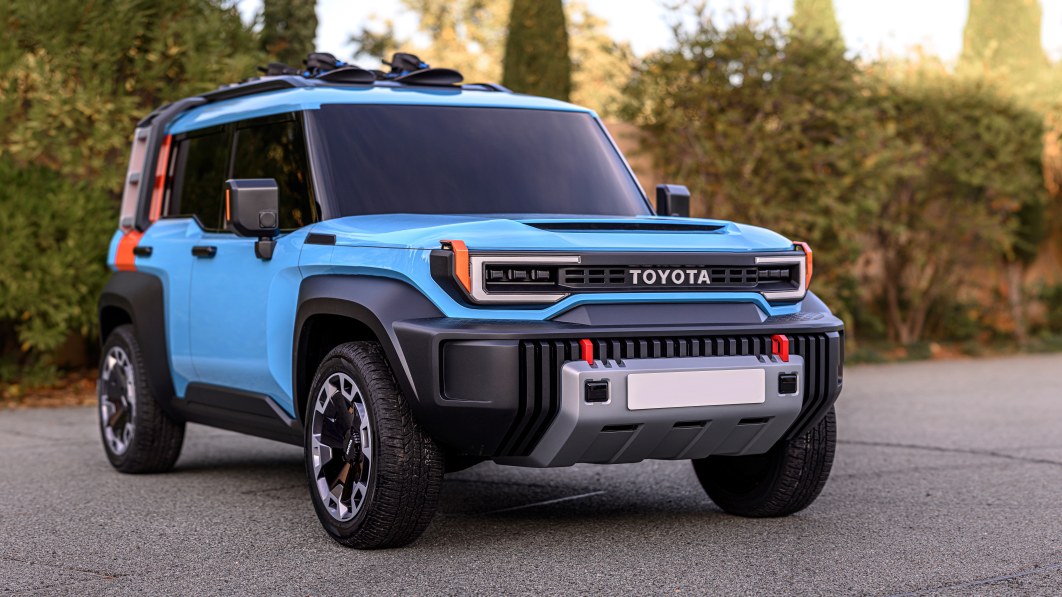 We got our first glimpse at the Toyota Compact Cruiser concept in December 2021 when Toyota and Lexus jointly announced plans to release 30 fully-electric vehicles  by 2030. in Tokyo. It was tucked way in the back of a 16-vehicle showcase but was, in our minds, one of the most intriguing designs in the bunch.

Apparently we weren’t alone, because the off-road EV has won a 2022 Car Design Award, held at the ADI Design Museum in Milan, Italy, during the city’s Design Week. Toyota nabbed the award in the Concept category, prompting them to release several more photos and sketches for the first time. Toyota was also nominated in the Production and overall Brand Design categories, but those went to the Ferrari 296 GTB and the Polestar lineups, respectively.

Toyota says the Compact Cruiser was inspired by a “first-generation” Land Cruiser in a press release, but we think they actually meant the iconic FJ40 introduced in 1960, not the utilitarian 20-series or earlier BJ/FJ models of the 1950s that were designed at the behest of the U.S. military for use in the Korean War.

While Toyota only mentions the Compact Cruiser’s “off-road silhouette and simple, strong body sections” as throwbacks to the FJ40, we see a number of other details as well. There’s the white roof, for one, which was used on the FJ40 to reflect the sun since many did not come equipped with air conditioning. The hood scoop appears to reference the mail slot opening on the FJ40, but the treatment is closer to the FJ Cruiser, itself an homage to the FJ40. Even the turn signals look like they could have been raised to mimic the fender-mounted units on the original 40.

The Compact Cruiser also makes excellent use of black plastic cladding over the wheel wells, a much derided feature of modern SUVs. Here, they’re sculpted to resemble the squared-off fenders of the FJ40. Even its slotted wheels call back to the FJ40’s steelies.

However, designers are allergic to the term “retro” because they’ve been conditioned to think ahead. There, the Compact Cruiser breaks new ground with roof rails that extend over the rear and appear to serve double duty as hinges for the hatch. The left side rail also connects to a small side ladder that may prove helpful in securing rooftop loads.

Of course, like many of the concepts shown by Toyota at the EV extravaganza, the Compact Cruiser is likely just a design model without a full interior. Still, with rumors of a sub-Tacoma compact pickup under consideration and SUVs like the Suzuki Jimny receiving lots of good press, we wouldn’t write this one off. The design award may just help nudge it into the yes column.