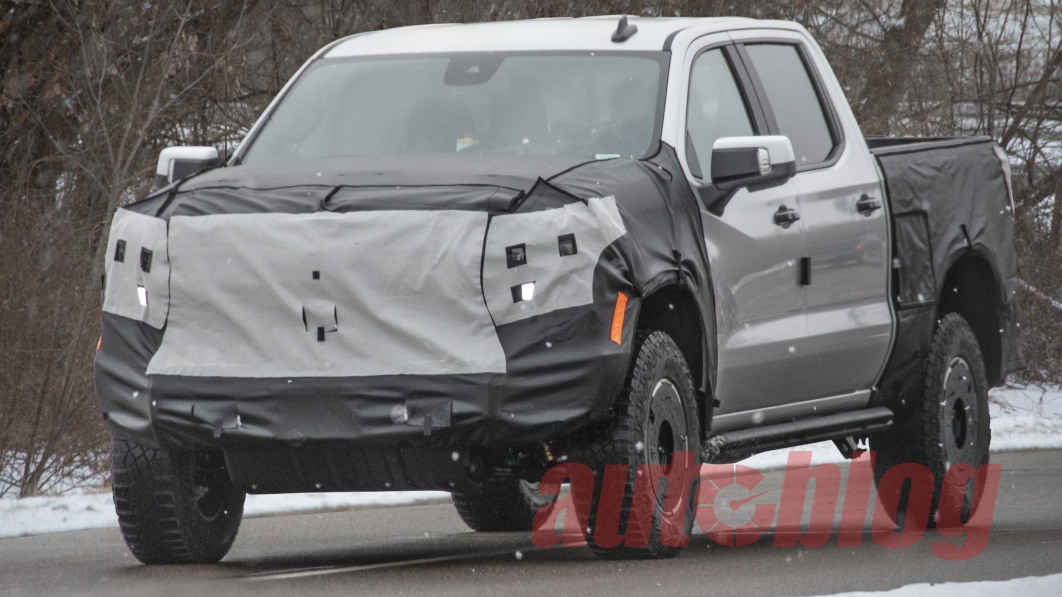 Spies caught what appears to be a prototype of the 2023 Chevrolet Silverado ZR2 Bison, signaling further that Chevy feels the ZR2 is merely a canvas on which to paint an even bolder piece. A few GM-focused sites have been talking about a Silverado ZR2 Bison for a while now, talking up a rig that would follow the template of the smaller Colorado ZR2 Bison that the automaker developed with American Expedition Vehicles (AEV). A post on the GM Inside News forum claims to show a screenshot from GM’s internal ordering system with the 2023 Silverado ZR2 Bison configuration listed.

As a refresher, turning the Colorado ZR2 into a Bison added new bumpers with improved approach and departure angles, five boron steel underbody shields, rock rails, cladding, backwoods gear like recovery points and fog lights, and AEV wheels. The screenshotted equipment list for the Silverado ZR2 Bison adds two new bumpers, four Bison Edition skid plates from front to back, the Multi-Flex tailgate, 18-inch aluminum wheels — same size as the stock ZR2 but an AEV design, and all-weather Carhartt floor mats. The list also shows the ZR2’s red recovery hooks being deleted, but something must go in their place. Not a lot of kit but massively handy to have on the trail, and the upcharge on the Colorado ZR2 was under $6,000.

There’s been quite a bit of speculation about what will be under the Silverado ZR2 Bison’s hood. Some believe the 6.2-liter LT4 supercharged V8 with 650 horsepower and 650 pound-feet from Chevrolet’s 2021 SEMA show Beast concept and destined for the Cadillac Escalade-V will slide into the bay, others think there won’t be any change from the naturally aspirated 6.2-liter V8 with 420 hp and 460 lb-ft. in the ZR2 now. The Colorado ZR2 Bison didn’t upgrade its engine, but that truck could only be had with the 2.8-liter Duramax inline-four turbodiesel and it did get 3.42 gearing.

If the automaker tie-up with AEV goes to form, AEV would release a mightier Bison package for the Silverado about a year after the OEM version, just as it did with the Colorado ZR2. Or Chevrolet could already be planning factory upgrades beyond the Bison. At least one poster at the ChevyZR2 forum is miffed that Chevy didn’t do more with the standard ZR2 — a subject discussed in the comments on our first drive — wanting at least the 3.42 or 3.72 gearing that “can be plucked right from the [GM] parts bin.” The forum member who originally posted the GM order software screenshot shows up at the end of that thread to say, “Don’t give up hope yet. I’m the person that posted that information on Camaro5/6 and I know that GM is working on more for the Silverado. I can’t confirm what I know but if they actually bring what they’re working on to market, we will all be very happy.”