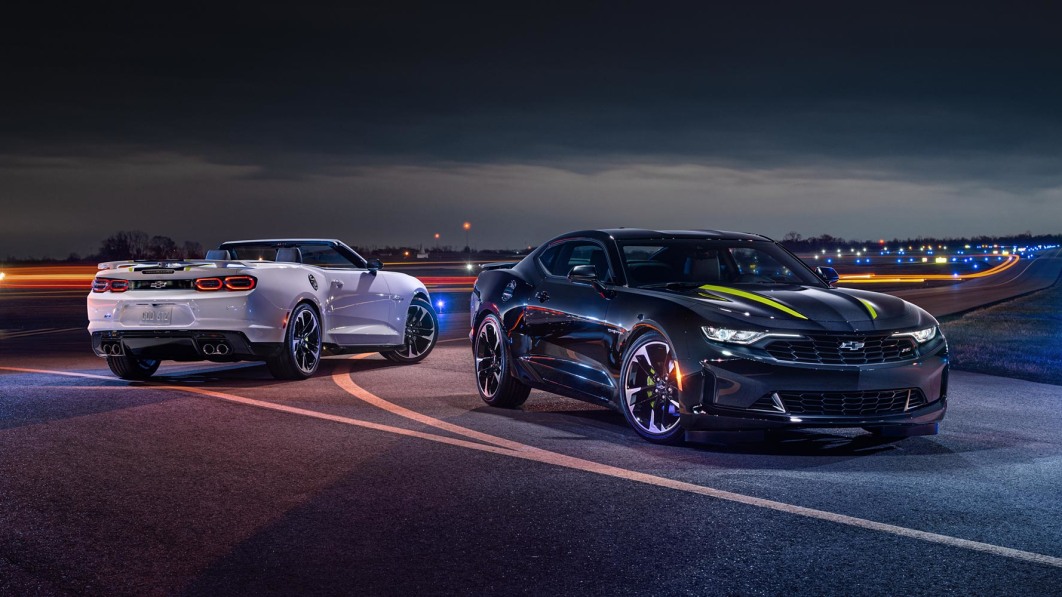 In a story seemingly ripped from the pages of a Hollywood screenplay, a small fleet of Chevy Camaros were stolen from right under GM’s nose and led police on a high-speed chase across several Michigan townships. The heist began early Monday morning at GM’s Lansing Grand River Assembly plant, where thieves made off with as many as seven of Chevrolet’s modern muscle cars.

As the Detroit Free Press reports, the stolen cars were headed toward the greater Detroit area along I-96 when police gave chase near Brighton. The group split up in to smaller factions of two to four cars, according to a social media post by Michigan State Police’s Metro Detroit division.

Local agencies from four different jurisdictions also joined the pursuit as the Camaros sped through the townships of Lyon, Wixom, Novi and Farmington Hills. Police reported speeds in excess of 100 mph. A helicopter and drones were also called in to follow the cars.

One of the smaller groups crashed on I-96, police said. Spike strips were deployed to stop another. All in all, nine suspects were taken into custody and five Camaros were recovered, the Detroit Free Press reports. The article states that the five cars were worth about $375,000, or $75,000 each. Thankfully, no bystanders, law enforcement, or suspects were injured.

That implies they may have been ZL1 models, which start at around $66,000 each. If that is the case, it’s a wonder police were able to catch them at all. The supercharged V8 makes 650 hp and wears a host of addition aerodynamic aids. It’s considered the most formidable Camaro model, and possibly the most formidable track weapon among the Big Three muscle cars.

Surprisingly, this isn’t the first time cars have been pilfered from GM’s Lansing plant. According to the Free Press, police were ready specifically because there has been a string of thefts from the factory over the last two years. The article states that an unspecified number of cars were stolen in March, and references a WILX-TV story that says at least three vehicles were taken in August.