Porsche unveils the 963 racer at Goodwood 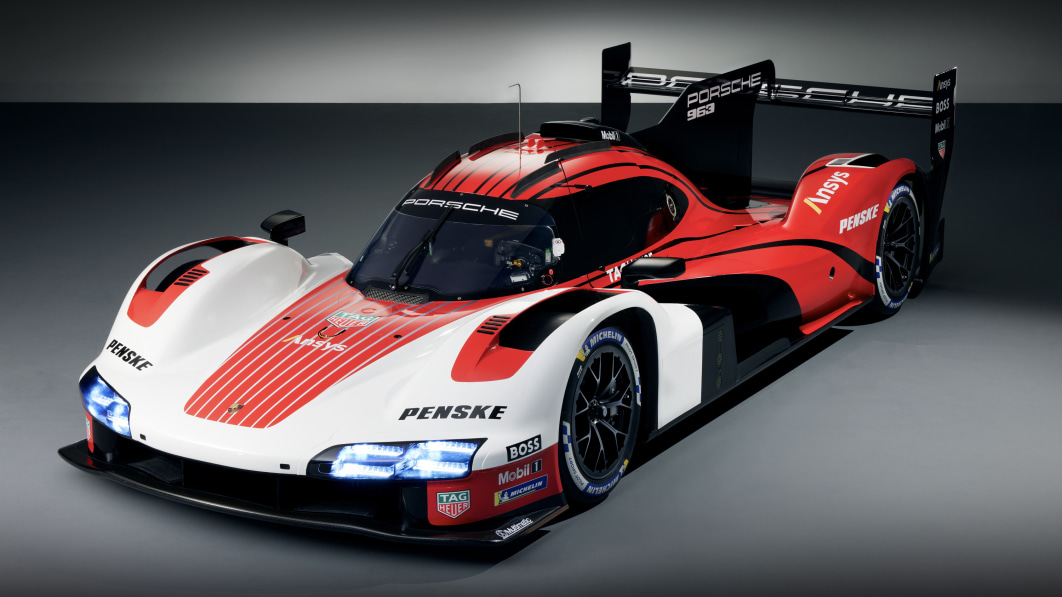 The LMDh class created by IMSA in the U.S. and France’s ACO starts racing next year, competing in the both the IMSA WeatherTech SportsCar Championship and the FIA World Endurance Championship. The cars will create a new GTP class populated by Acura, Alpine, BMW, Cadillac, Lamborghini and Porsche. We’ve seen the BMW and the Cadillac. Porsche used the Goodwood Festival of Speed to unveil its new 963 racer that will run with the Penske Motorsport team. The German and American racing outfits last partnered from 2005 to 2008 in the LMP2 class with the RS Spyder in its unmissable yellow DHL livery. This time the duo aim to take overall victories at races like Daytona and Le Mans, the 963 dressed in Porsche Motorsport’s traditional red, white, and black.

Porsche chose its spec chassis from Canadian firm Multimatic, the spec hybrid unit in back attached to Porsche’s in-house 4.6-liter twin-turbo V8. The automaker says the engine traces its roots to the 918 Spyder hybrid hypercar, the 918 engine built on the same architecture as the 3.4-liter V8 in the aforementioned RS Spyder. The 918 also fitted a 4.6-liter V8, but it was naturally aspirated, unlike the mill in the new 963. The TTV8 produces 670 horsepower, a touch under the maximum allowed.

Development driver Frédéric Makowiecki has put the 963 through 4,900 test miles so far. The team of eight works drivers counts Dane Cameron, Matt Campbell, Michael Christensen, Kévin Estre, Mathieu Jaminet, André Lotterer, Felipe Nasr, and Laurens Vanthoor, who will soon get in the sim, on test tracks, and taste non-competitive action later this year. The FIA is allowing next year’s entry to run races this year out of the rankings, and Porsche hopes to have the 963 ready to contest the 8 Hours of Bahrain in November. The first real contest comes at next years 24 Hours of Daytona, and we could see more than two of them in action, Porsche saying it will be selling customer cars “from the beginning of the car’s first year of competition.”