Nissan pares down Leaf range for 2023, raises prices across the board 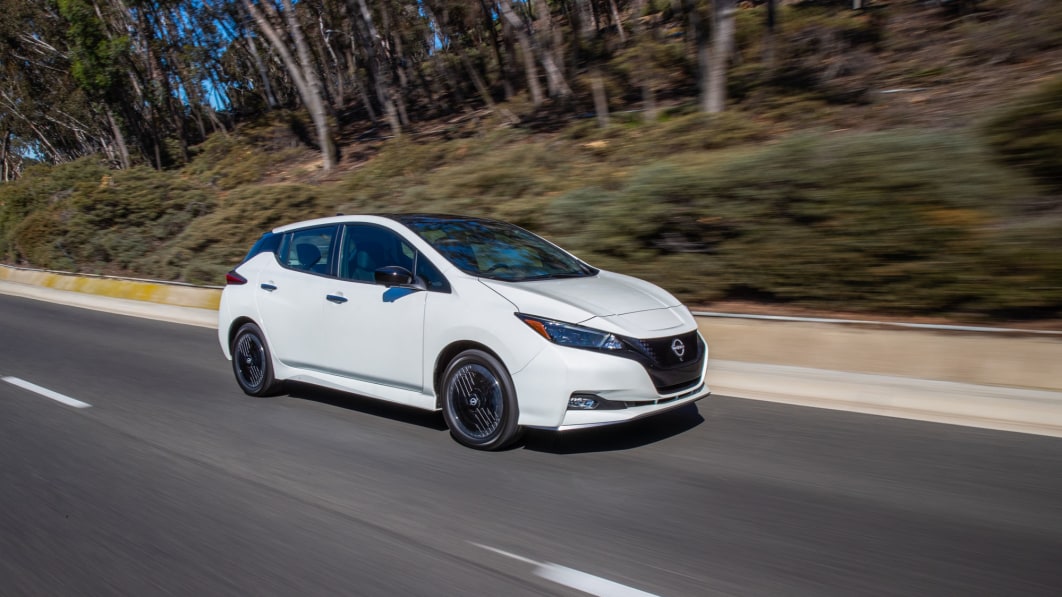 The 2023 Nissan Leaf is on its way to showrooms across the nation with a simplified trim level structure, a $400 price increase and a subtle facelift. While the 2022 model was available in five different trim levels, the hierarchy has been pared down to two models for 2023.

Nissan axed the SV, S Plus and range-topping SL Plus trims to focus on the two most popular variants: S and SV Plus. Pricing for the base model is pegged at $28,895 including a $1,095 destination charge (which, to Nissan’s credit, is unchanged from 2022) but excluding any and all available government incentives. Buyers after the SL Plus will be charged $36,895 including destination and excluding incentives.

The list of visual updates made for 2023 includes a nip-and-tucked front end characterized by a new-look grille flanked by redesigned headlights and the latest version of the Nissan logo. Buyers can also order new 17-inch alloy wheels at an extra cost. Inside, both trim levels come standard with black cloth upholstery. S models feature gray accents, while SV Plus models are differentiated by black accents.

Nissan did not make significant changes to the drivetrain. Power for the Leaf S comes from an electric motor rated at 147 horsepower and 236 pound-feet of torque. It’s linked to a 40-kilowatt-hour lithium-ion battery pack that stores enough electricity for up to 149 miles of range. Stepping up to the SV Plus adds a 214-horsepower electric motor and a 60-kilowatt-hour battery that provides up to 212 miles of range.