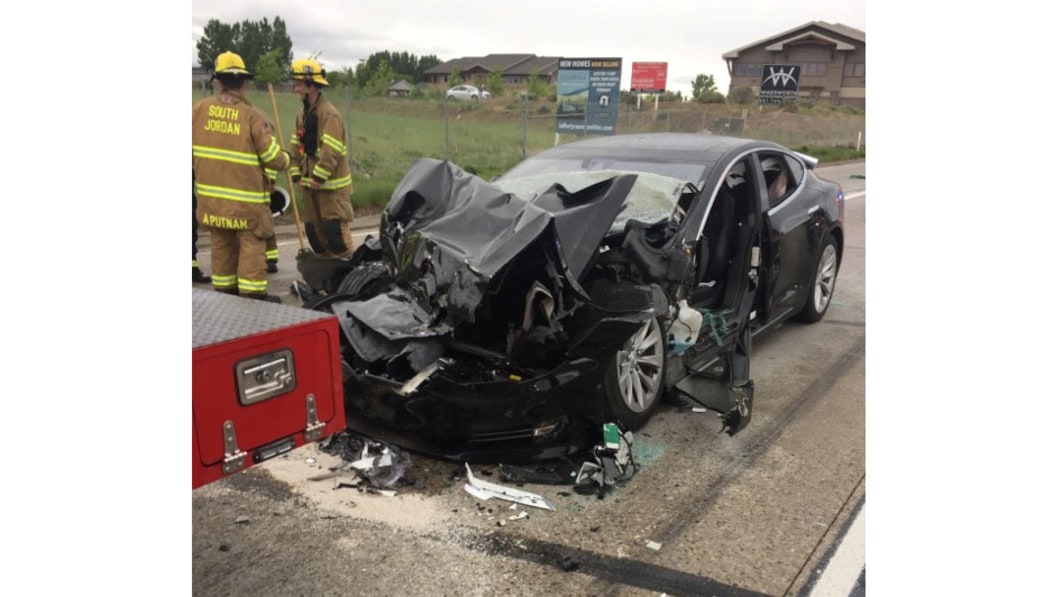 A Tesla Model S struck a fire truck on the side of the road in South Jordan, Utah, in 2018.

The National Highway Traffic Safety Administration is moving along in an investigation to look into consumer reports of phantom braking in 2021-2022 Tesla Model 3s and Model Ys.

An “engineering analysis” is the final stage of an investigation, and in most cases NHTSA decides within a year if there should be a recall or the probe should be closed. So, after this part of the investigation concludes, we’ll know if the Tesla vehicles being investigated will be forced into a recall or not.

The claim of phantom braking isn’t a new one. What it generally refers to is the vehicle’s driver assistance systems responding to something that isn’t actually there by applying the brakes. Of course, unintended and unexpected braking is not what you want your vehicle to be doing on the highway or on any other road.

At this point in the investigation, the NHTSA has asked Tesla to send over answers to a number of questions and submit data for the government to review. If Tesla does not comply, it will face fines.

Documents posted today by the agency raise some serious issues about Tesla’s Autopilot system. The agency found that it’s being used in areas where its capabilities are limited, and that many drivers aren’t taking action to avoid crashes despite warnings from the vehicle.

The agency said it has reports of 16 crashes into emergency vehicles and trucks with warning signs, causing 15 injuries and one death.

The probe now covers 830,000 vehicles, almost everything that Tesla has sold in the U.S. since the start of the 2014 model year.

Investigators will evaluate additional data, vehicle performance and “explore the degree to which Autopilot and associated Tesla systems may exacerbate human factors or behavioral safety risks undermining the effectiveness of the driver’s supervision,” the agency said.

Tesla did not respond to requests for comment from AP.

Material from AP was used in this report.