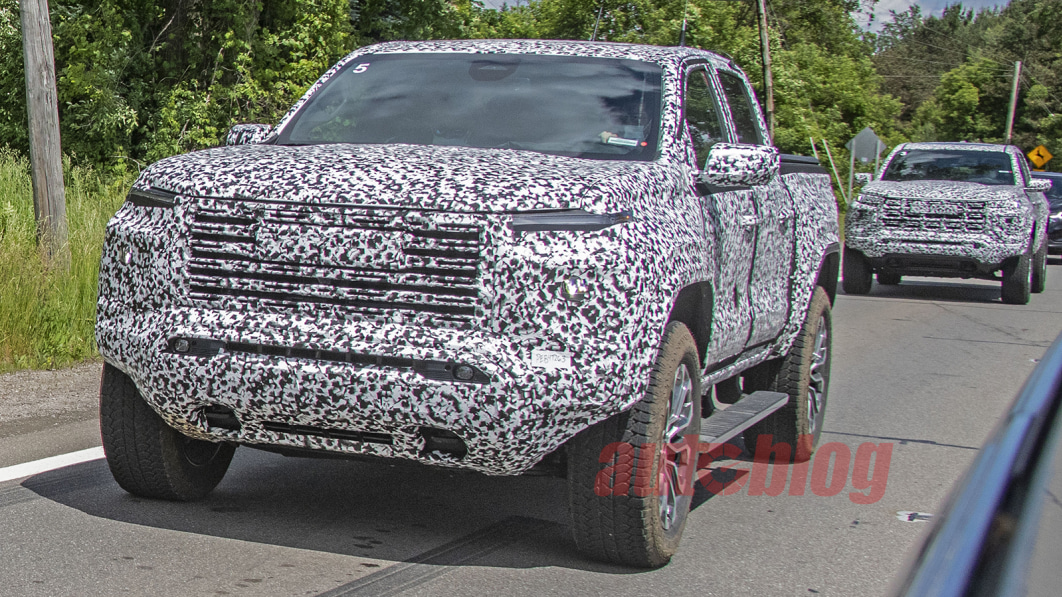 With the debut of the next-generation GMC Canyon coming in a couple of months (in off-road-ready AT4 guise no less), it’s no surprise that both it and the Chevy Colorado are out testing without the heavy coverings of early prototypes. One of our spy photographers caught examples of both trucks with close-fitting vinyl wraps. This gives us a great opportunity to see each pickup more clearly, but also to compare and contrast the designs.

From the front, the GMC features a narrower, but seemingly taller grille. At the top are slender lamps. They seem to be daytime running lights, though, and below them are much larger units that will function as the actual headlights. The prototype shown seems to be one of the AT4 variants, based on the lack of a lower air dam and the opened up corners of each bumper. Small fog lights show up in the lower bumper, too. 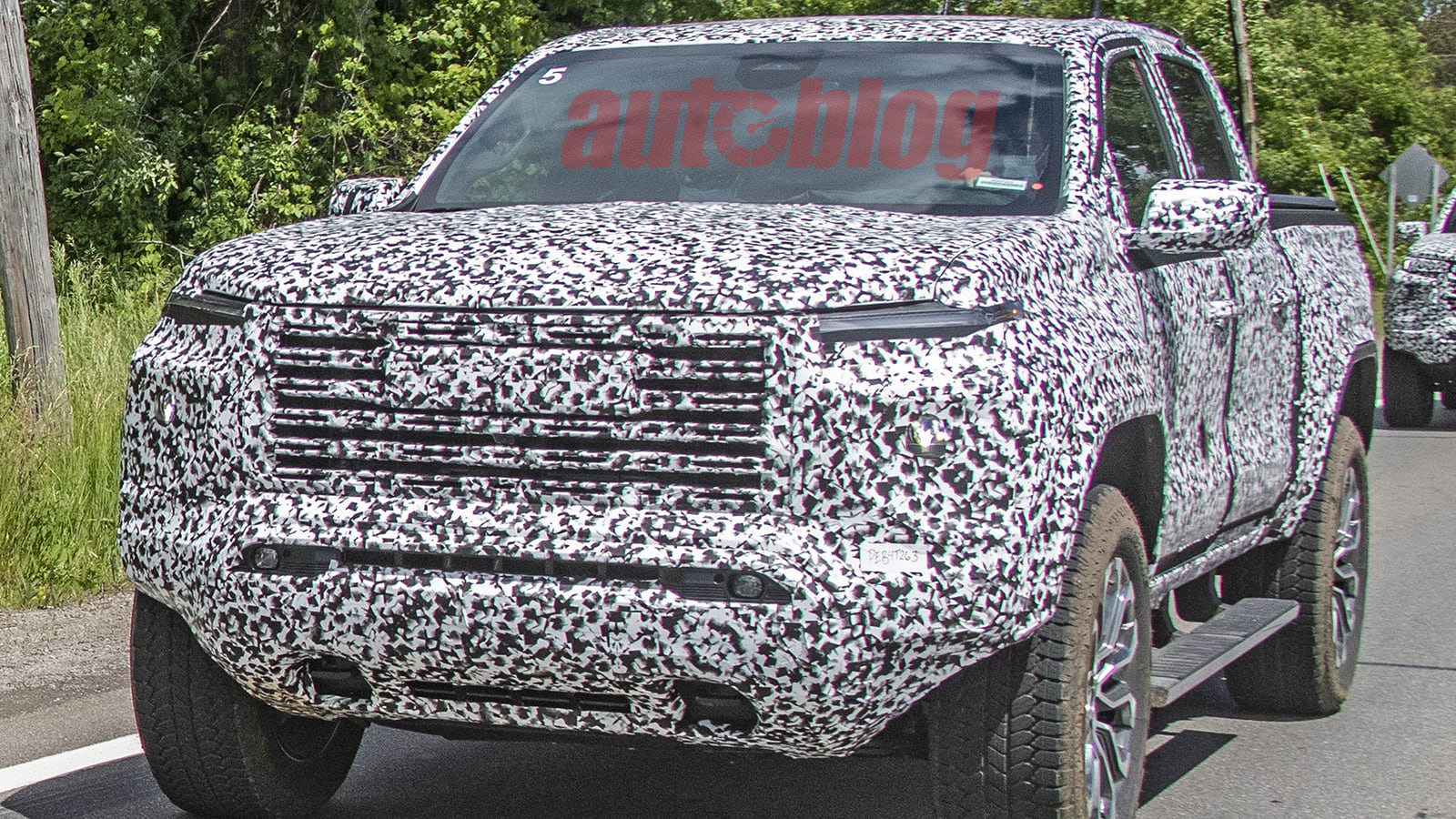 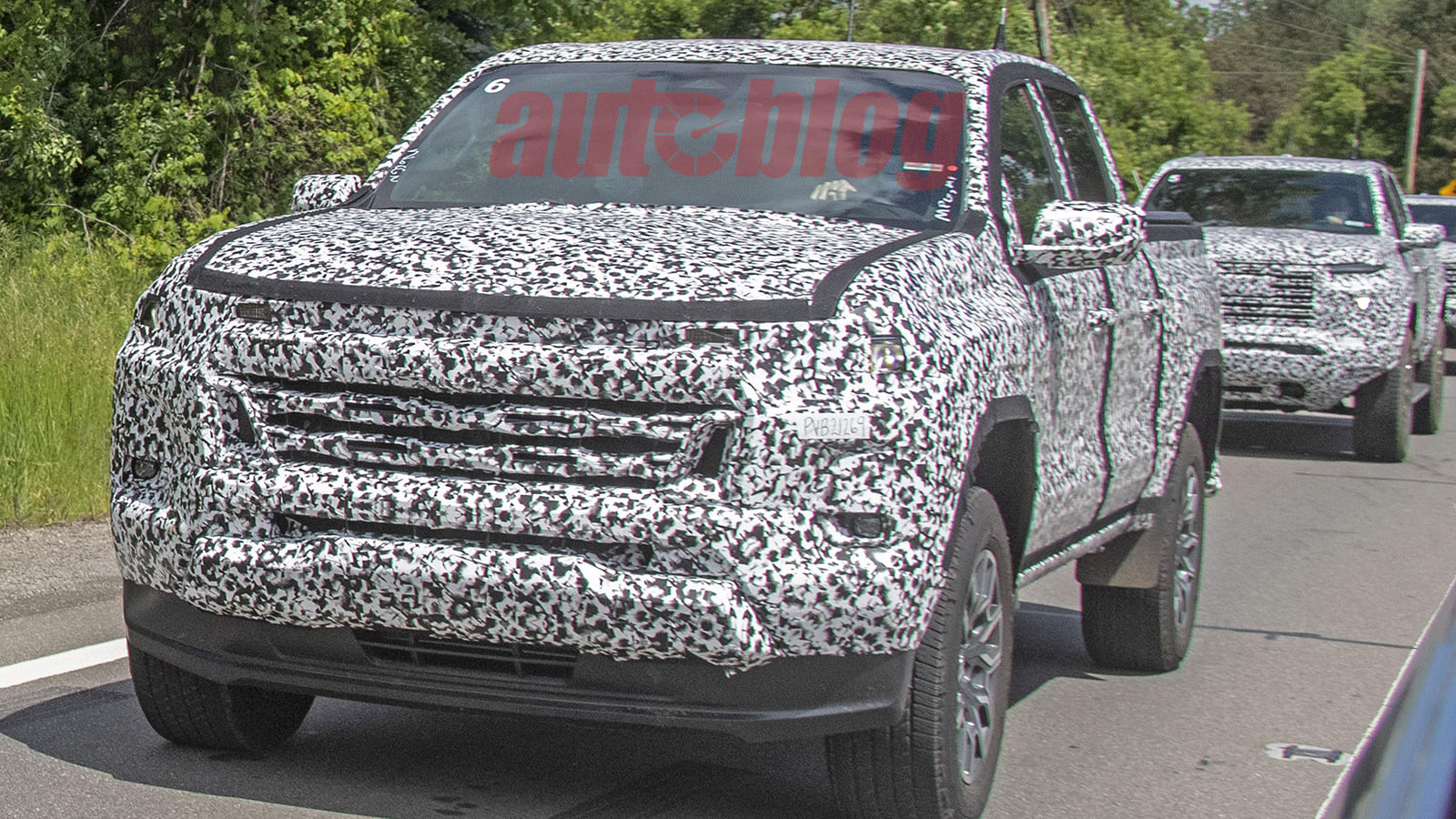 As for the Chevy, its grille is wider, and it blends into the headlights. The lights are at the top of the grille, and they seem to incorporate the actual headlights, not just running lamps. The grille mesh has some interesting detailing, and there are auxiliary lights below the main headlights. This one seems to be a more mainstream Colorado model since it still has a front air dam, possibly a Z71 model, considering the chunky tires.

Not surprisingly, the two trucks are very similar from the sides and the rear. They have cabins that look lower, longer and more squared-off than the current models. The fenders look more punched out and aggressive, too. The main differentiator between the Chevy and GMC are the wheel openings. The GMC has sharp corners and the Chevy has more rounded ones, as is the case with the full-size trucks. 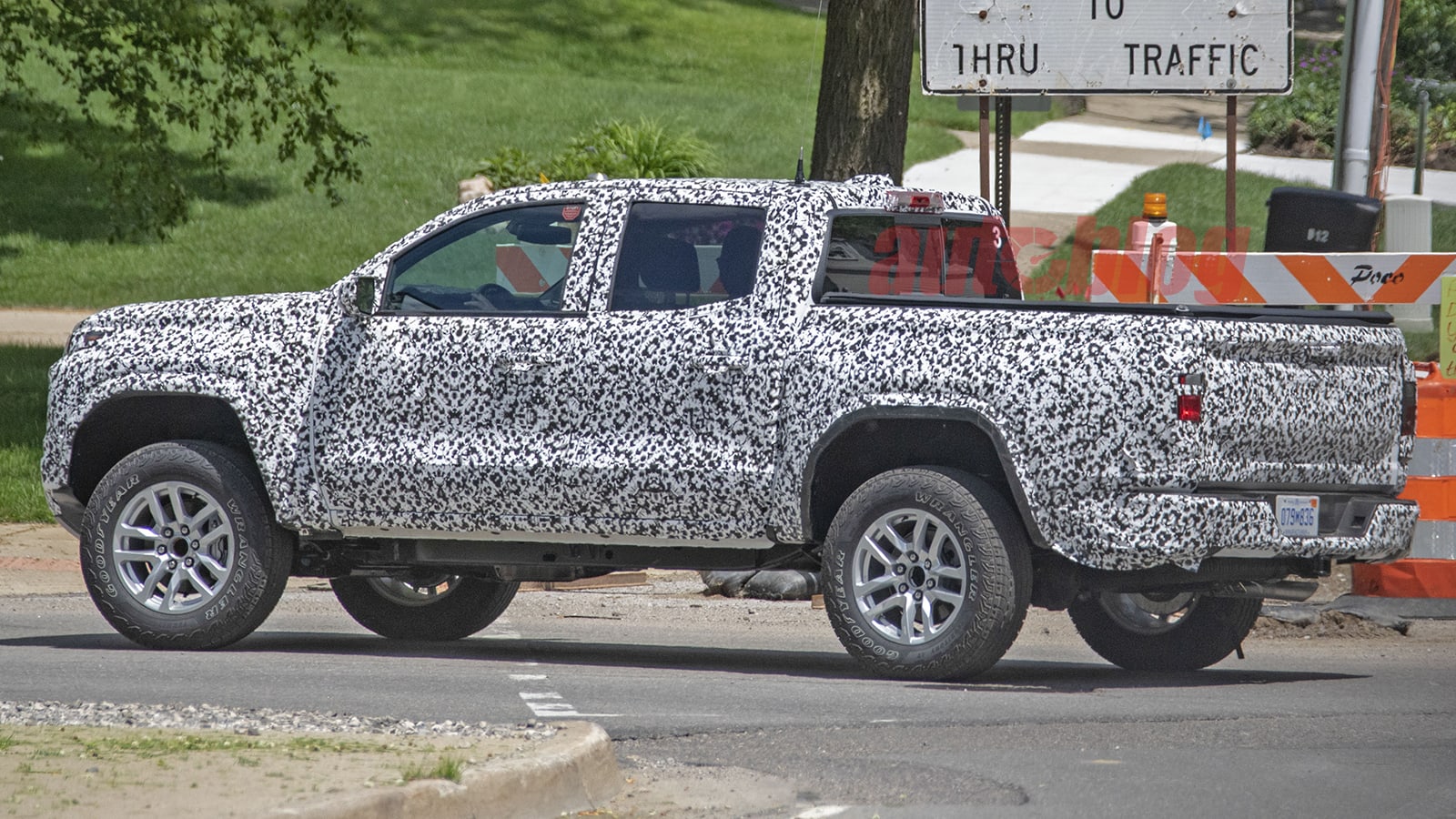 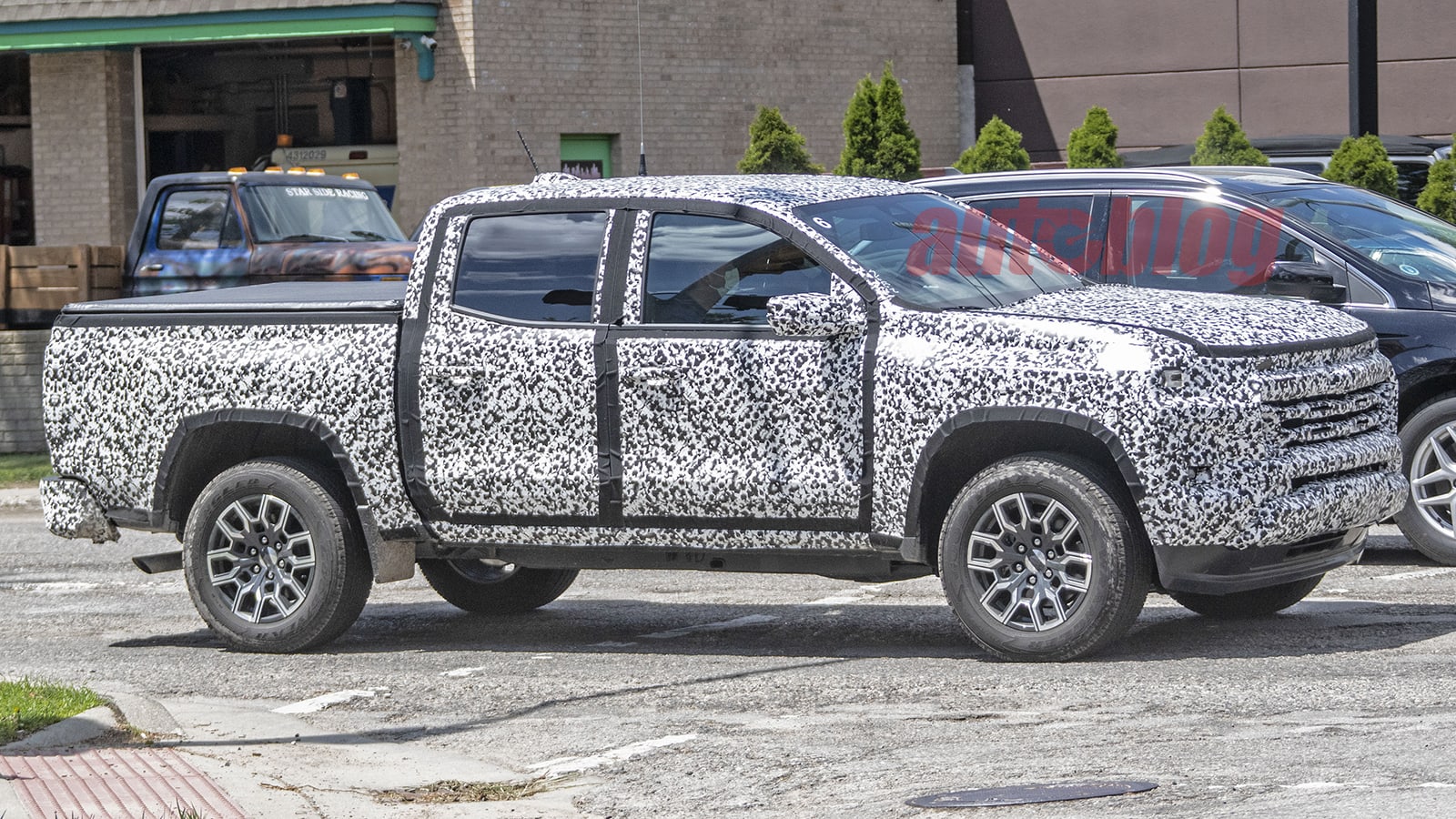 As previously mentioned, the GMC Canyon AT4 will be revealed this summer, so likely in just a month or two. The Colorado will likely be revealed this summer, too. It’s expected that it will use the turbocharged 2.7-liter four-cylinder shared with the Silverado. Naturally, it will be available with two- and four-wheel drive and a variety of trim levels including the AT4 and ZR2 off-road versions.