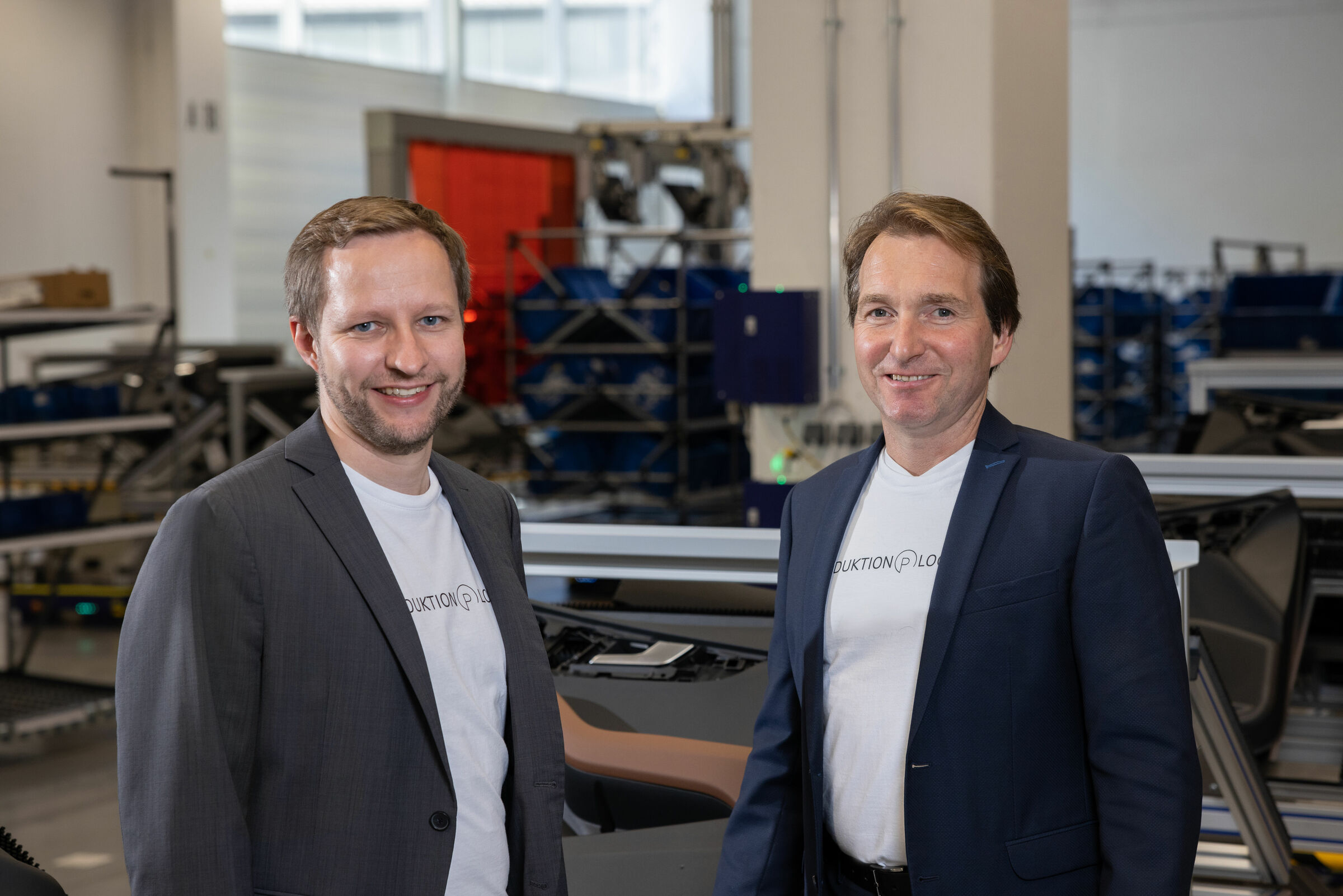 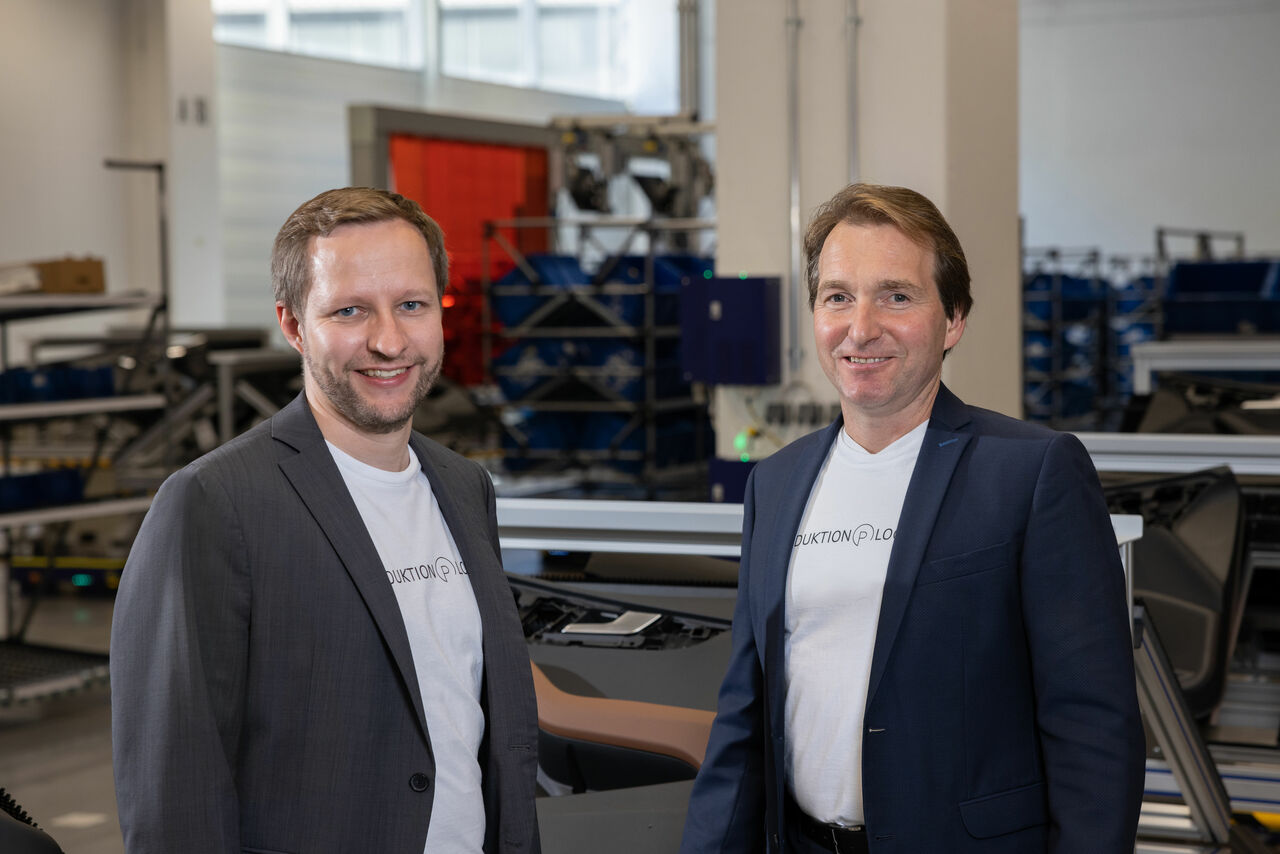 Why did you develop modular assembly as a supplementary production concept?

Wolfgang Kern: Whenever we have considerable variability and a certain dynamic, the rigid assembly line system reaches its limits or requires extra effort. We must be able to represent that external complexity in our internal procedures. Modular assembly directs itself and can actively respond to the increasing need for flexibility. As it stands, by linking the belt with the cycle, we always have interdependencies. When we change something at one station, it impacts other areas along the line. By de-linking them through modular assembly, we can make changes much more easily and precisely. We can also integrate new product variants more quickly.

Josef Weinzierl: Modular assembly is not an end in itself and it’s not the one superior system. But it does expand our toolbox for responding to future challenges in vehicle assembly. The assembly line will still exist in the future, but it will increasingly reach its limits, particularly in pre-assembly. That’s why we need more complex solutions to the resulting challenges. It’s a matter of augmenting an overarching assembly system. This allows for a larger degree of flexibility which is one of the main goals of our new production strategy.

What’s new in this assembly and logistics concept?

Josef Weinzierl: Modular assembly is not a physical assembly line; it’s a virtual one. Products can take various routes through it during production.

What are the challenges modular assembly faces in series production?

Wolfgang Kern: This new way of organizing has large potential, but it also means we must rethink the processes we’ve established over several years. On top of that, it requires the right control software. It has to meet stability criteria and industrial feasibility over the long term. We must also transfer today’s internal operating procedures and rules to the new concept.

How do employees benefit from modular assembly?

Wolfgang Kern: Because of the de-coupled stations, production can be adapted more easily to the individual worker. That applies to the training stage, ongoing operations, and accommodating employees with specific needs. Overall, we’re enhancing conventional production work and making it more flexible. We’re somewhat neutralizing today’s assembly line compartmentalization. We can perform an entire production step at one station and, in doing so, have an integrated assembly task. We can also individually adapt both the workspace and the target times. This way, we can adjust the workspace to a worker’s height. On top of that, we can extend the allotted time in keeping with an employee’s capabilities. Automated guided vehicles also give us ergonomic benefits.

Josef Weinzierl: Modular assembly gives us an excellent opportunity to individualize the workspace into more of a unique station than it is today. Segmented assembly doesn’t necessarily have to be spread out among multiple workers. This, in turn, reduces the qualification requirements and the need for two colleagues to work in parallel in a small installation space and synchronize their work.

Is modular assembly more economical than a strict assembly line?

Wolfgang Kern: It is more economical when we need an answer to the question of high variability and dynamics. We can have an entire assembly task at one station. With this concept, we’re also optimizing assembly and logistics holistically by integrating logistics into the modular system.

What does the goods-to-person principle mean for modular assembly?

Wolfgang Kern: It’s fundamental to it. Wherever we have a high degree of component variance, conventional methods of providing materials are no longer sufficient. In the flexible assembly concept, the exact sequence of products is not determined several days in advance but with relatively short notice. So, we need to automate the logistics process further, which also offers much potential for savings.

Are there models for modular assembly?

Wolfgang Kern: A recent study by Germany’s National Academy of Science and Engineering (acatech) found that many companies in various industries are now looking into this topic. It identifies our pilot project as an example of best practices and a bellwether in automotive manufacturing.

What comes after the successful pilots in door pre-assembly?

Josef Weinzierl: We’re involved in making the concept ready for mass production, which means applying operating numbers from series production as the standard. Our pilot project is proving that modular assembly meets the requirements of stability, suitability for our workers, and availability for series production. At the same time, we’re looking at upcoming new vehicle projects to find application areas where we can viably implement our system. We must carefully think through that step into series production because there’s no going back at that point.

When will you get there?

Josef Weinzierl: We can be in serial production for pre-assembly on a new vehicle project starting in 2025.