Modular Assembly: Innovative assembly and logistics concept is about to be ready for serial production 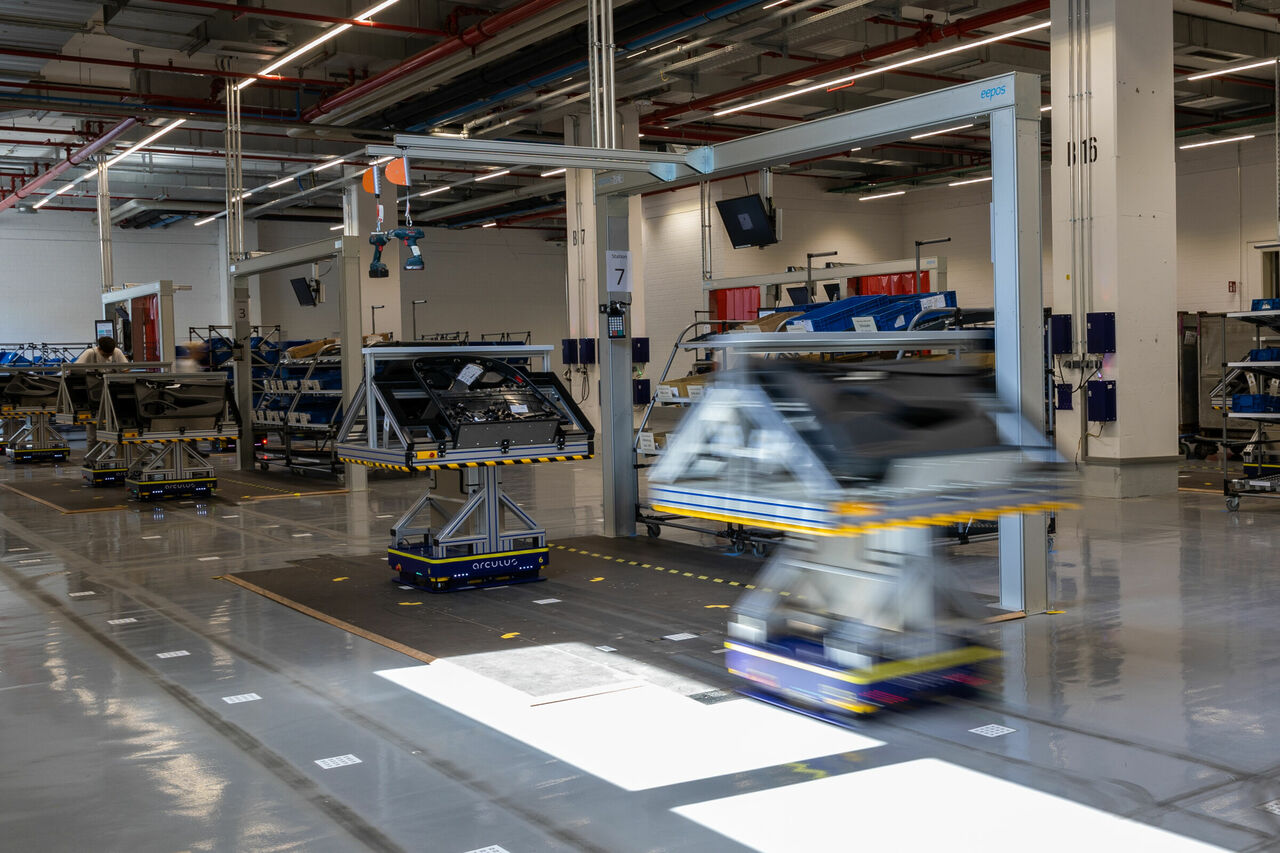 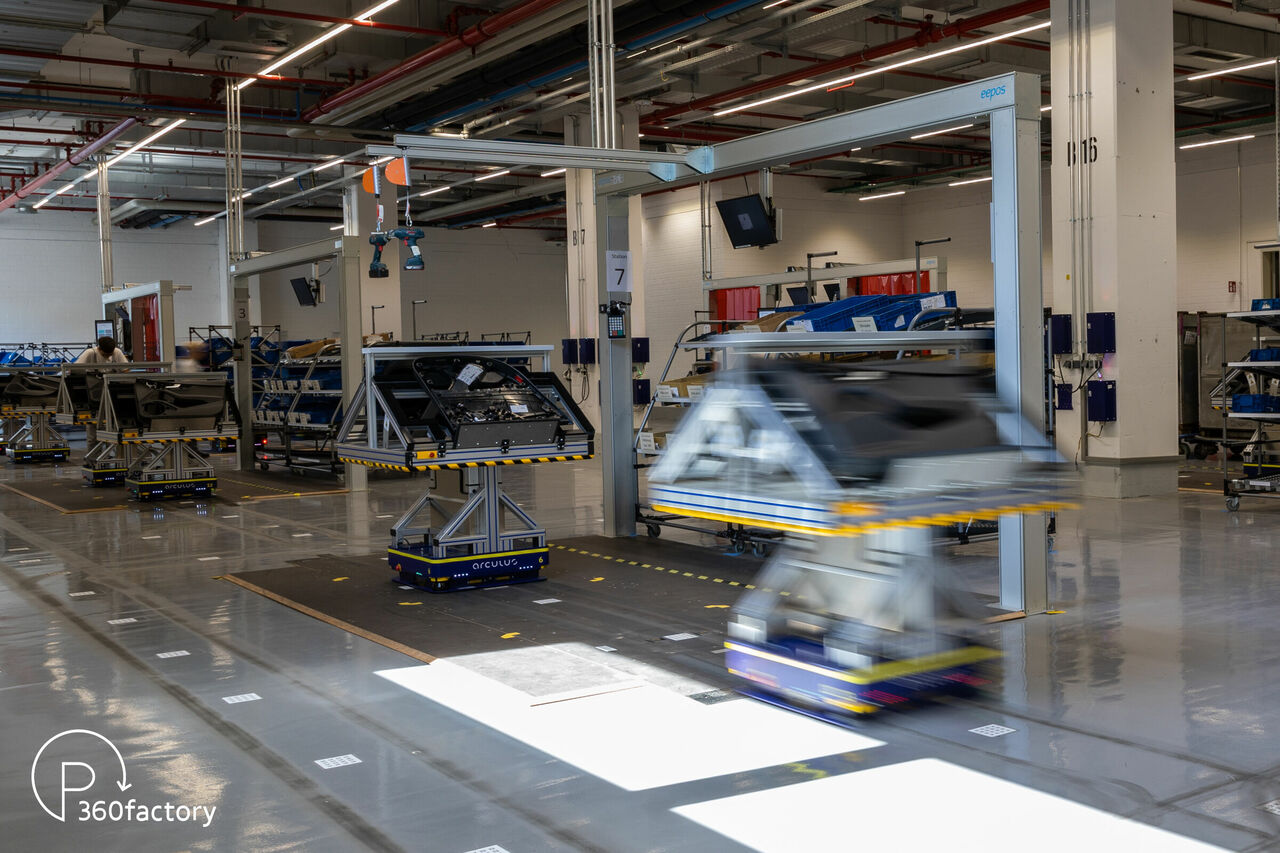 Growing complexity in products and demand are changing the requirements for production. It has to adapt with ever greater flexibility to specific customer needs, short-term market changes, and sustainability issues. It is increasingly difficult to map a conventional conveyor belt assembly onto this complexity. That way of doing things is based on a principle of uniform cycle time for each product at every workplace in a fixed sequence. By contrast, modular assembly works without a belt or a uniform pace of work.

In lieu of a rigid conveyor belt, dynamic procedures shift with a variable sequence of stations and variant-dependent processing times (virtual conveyor belt). In preparation for subsequent series application, Project Manager Wolfgang Kern’s team in Audi’s Production Lab is implementing that concept in interior door panel pre-assembly at the Ingolstadt plant. “Modular assembly is one of our answers to future demands on production,” says Gerd Walker, Member of the Audi Board of Management for Production and Logistics. “We’re using digital technology purposefully for the benefit of our employees, while achieving more flexible and efficient assembly,” Walker adds. “At the same time, this project is a prime example of our open innovation culture, where we are developing networked production in agile teams.” In the pilot project, experts are confirming feasibility, on one hand, and modular assembly’s potential, on the other, while simultaneously forging additional expertise.

One major advantage of the flexible system is that Audi can employ people who can no longer work on the line due to physical limitations. “We are able to adapt the working environment to their conditions, which is currently only possible to a very limited extent at the conveyor belt,” says Kern. “We’re using more flexible automation in the production process in order to take the burden off people.” Thanks to the variant-dependent processing time instead of a uniform cycle all employees benefit from a lighter workload. This allows for ergonomic adaptation to individual needs.

In test operation, tasks no longer follow a uniform sequence. Instead, they are structured to meet particular needs. Automated guided vehicles (AGVs) bring door panels right to the station where the components need to be assembled. For example, light packages are installed with cables and lighting elements at one station. Accordingly, jobs that don’t have a light package bypass that station. At another station, a worker assembles the entire sun blind that is available for the rear doors as an option. Because of its predefined tempo, at the conveyor belt this task would have to be divided up between two or three workers, which is inefficient and can jeopardize quality. If jobs are piling up at one station, the AGVs drive the product to the next required station with the least possible amount of waiting time. In addition, the configuration of the workspaces is cyclically checked and adjusted. “Compared with the way things are organized today, the flexibility with the underlying guidance logic is an essential advancement,” Kern emphasizes. Unlike a conveyor belt, the individual stations and modular production system are not designed for stable demand (optimal operating point). Instead, they can be operated efficiently within a particular spectrum (optimal operating range).

Logistics and Quality Processes Can Be Efficiently Integrated

Where component variability is high, the goods-to-person principle is the solution. For instance, AGVs bring the right kinds of cable harnesses for door panels to workers who then take the parts they need. The other identical parts go back to the stand-by position, because usually a different component variant will be needed for the next door panel. Providing sorted parts via AGVs makes upstream separation redundant. The vehicles are localized down to the centimeter via a radio network. A central computer guides the AGVs. In addition, camera inspection can also be integrated into the quality process. Irregularities can be managed more quickly and easily this way than on a conveyor belt. This helps avoid unforeseen additional labor. “We’re combining the conveyor belt’s high degree of division of labor with a holistic eye toward lean principles and the new possibilities that cyber-physical production systems offer,” Kern explains.

Productivity Increase of About 20 Percent

The series pilot is producing valuable insights and allowing engineers to derive serial applications. “By reducing production time through an orientation toward value creation and self-steering, we are able to increase productivity by about 20 percent,” Kern says. The next step for Project Manager Kern and his team is to integrate modular assembly at a larger scale into pre-assembly. That is where we find high variability and dynamics that can be handled more efficiently than is currently possible. “De-linking the stations makes it possible to reschedule things without much effort,” says Kern. Thanks to the flexible hardware and automated guided vehicles, it is often the case that only the software needs to be adjusted. Stations can be adapted to products and demand more easily than on an interlinked conveyor belt.