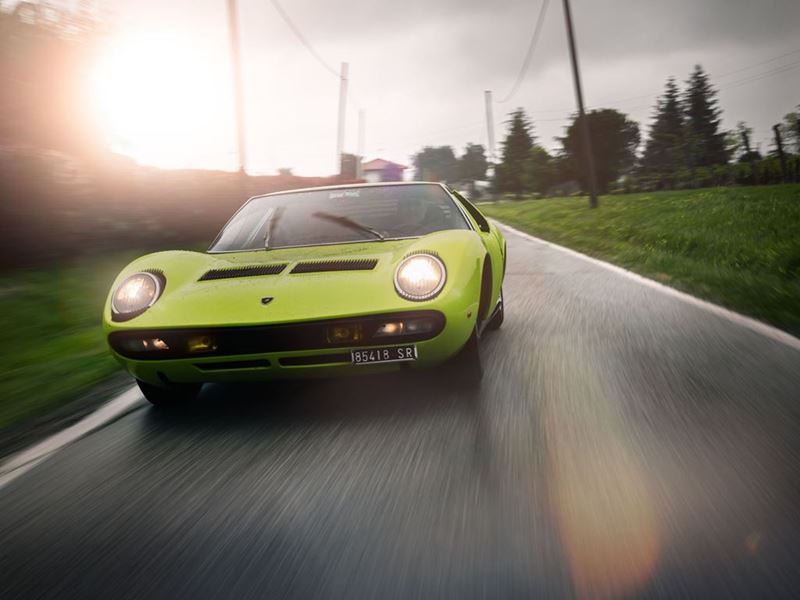 The story of a legendary engine in the year of the V12, ahead of the hybrid model launch in 2023

Sant’Agata Bolognese, 1 June 2022 – In 1966, the Lamborghini V12 engine firmly established itself as an all-time legend when it was mounted transversally in a rear-mid position on the P400 Miura: the vehicle for which the term “supercar” was coined.

Everything revolves around the Miura in the latest chapter of the V12 engine’s story, which has powered iconic cars for almost 60 years and come to epitomize the cornerstones of Lamborghini’s DNA: technological innovation, vision and engineering expertise. 2022 is the year of the last pure Lamborghini V12 combustion engine. Mounted in the Aventador Ultimae[1], it brings the curtain down on a glorious era ahead of the first hybrid production model in 2023, which will mark the start of the hybridization process at Lamborghini.

Ferruccio Lamborghini: “I like this one: it’ll earn us legendary status”

Less than two years after Lamborghini was founded in 1963, the Sant’Agata Bolognese company was still small but had managed to establish itself solidly at the top end of the tricky grand tourer market, and the 350 GT was being manufactured on a steady basis. Ferruccio Lamborghini was satisfied because he had triumphed in his own personal technical challenge despite rather widespread initial skepticism. Nonetheless, he was dreaming of making an even more stunning car that would take everyone’s breath away. And that is just what happened.

Taking care of the technical side of things were the young engineers Giampaolo Dallara and Paolo Stanzani, who were responsible for development and production at Automobili Lamborghini at the time. A big part in the Miura’s success was – and continues to be – down to its exceptional engine: a 4 liter 60° V12 with 4 Weber 40 IDL 3L carburetors that generated maximum power of 350 CV, 370 CV and 385 CV in the P400, P400S and P400SV models respectively. That was enough to make it the fastest production road car in the world at the time. The outstanding design by Carrozzeria Bertone did the rest and the Miura enjoyed unprecedented sales for a Lamborghini vehicle. The original forecast was for 50 cars to be sold in three years, but in the end the total number reached 763 in seven years, between 1966 and 1973.

Engineer Paolo Stanzani: a linchpin of the Lamborghini V12 engine

The engineer Paolo Stanzani (1936-2017) was one of the first people to be hired by Ferruccio Lamborghini. Appointed straight after he graduated from the University of Modena, he went on to become one of the most important players in the story of the V12 engine and the Miura. Stanzani was the one who took the V12 engine designed by the engineer Giotto Bizzarrini and made it suitable for serial production and use on the road. In addition, Stanzani was part of the small group of young talents who developed and created the Miura and its cutting-edge technical features. He held various roles at Lamborghini, ranging from Technical Director to Production Manager and General Manager. As well as the Miura, he made crucial contributions to the production of the Countach, Espada and Urraco, the latter of which was his personal favorite.

As soon as it was presented, the Miura became the most sought-after car among film directors. It has appeared in no fewer than 43 movies, often in a starring role. One of the most famous is unquestionably “The Italian Job” in 1969. Lasting more than three minutes, the entire opening sequence is dedicated to Rossano Brazzi driving a P400 Miura as Matt Monro sings “On Days Like These”. The accelerating V12 engine can be heard in the background of the sequence, which has gained cult status in the world of car movies.

The Miura has starred on the covers of dozens of car magazines and other publications. Its first appearance in an international article came in November 1966. The piece in question was in the weekly magazine Autocar and it was by Paul Frère, the Belgian racing driver turned journalist. There is no doubt that the most renowned article was the one written by the English journalist Leonard “LJK” Setright for the British monthly magazine CAR. Divided into two parts, it described the delights of a journey from Sant’Agata Bolognese to London in a P400 Miura.

Putting together a comprehensive list of personalities who have owned a Miura over the years is a tough task. For instance, Little Tony and Rod Stewart both owned more than one; Eddie Van Halen kept his for more than 30 years; and Jay Kay of Jamiroquai still has his today. Other examples of notable Miura owners are the actor Peter Sellers; the model Twiggy; the singers Johnny Hallyday (who made headlines when he crashed his P400 into a tree) and Elton John; the opera singer Grace Bumbry; the jazz musician Miles Davis; the racing driver Jean-Pierre Beltoise; and finally the Shah of Iran, who owned a number of Miuras including one of only four SVJs that were ever made.