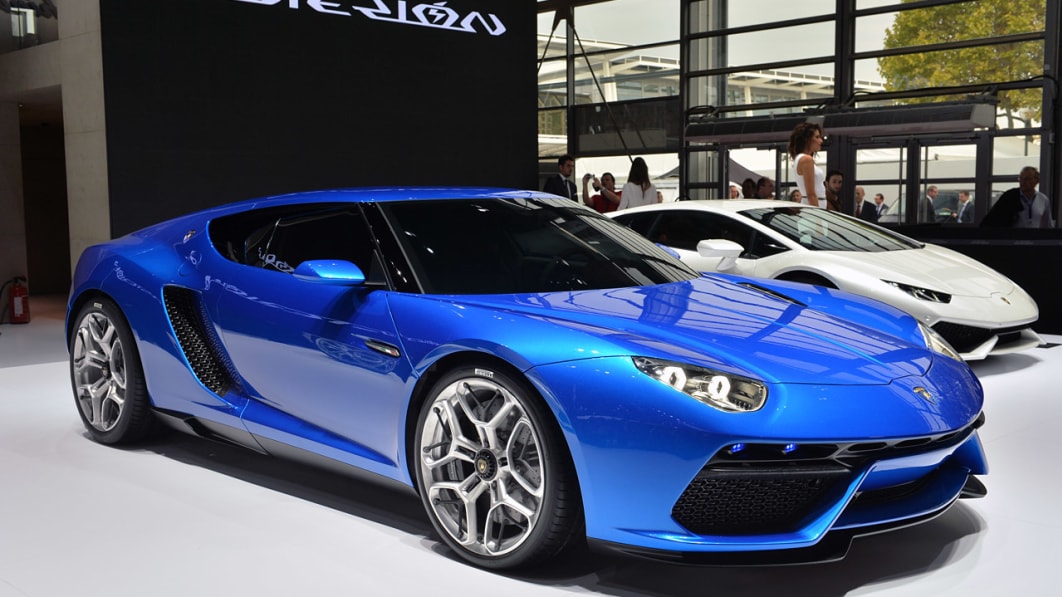 Lamborghini’s path to an electrified lineup begins with plug-in hybrid versions of its Huracan, Aventador and Urus by the end of 2024. It’s first battery-electric vehicle is due before the end of the decade, reporting last year putting the launch in 2028. We expect there will be a few concepts and show cars presaging the first pure EV from Sant’Agata Bolognese, and a couple of trademark filings could tell us what a forerunner or the car itself will be called. CarBuzz discovered Lamborghini filings in Europe and Italy to reserve the name “Revuelto.” The Spanish word has quite a few meanings, like mixed, untidy and nauseous. Then there are two meanings that could apply to a revolutionary electric product from a brand known for screaming V12s: Restless and turbulent.

If we want to push the wordplay, there’s a third meaning we could apply: Scrambled, as in eggs, although that could also apply to expectations.

The supercar maker wants to cover every base with the name, it seems. The applications with the European Union Intellectual Property Office specify four classes, an umbrella sheltering everything from electric cars and EV components specifically to car parts and accessories in general, as well as scooters, car-related games and toys, and clothes.

We have no idea what kind of battery-powered go-fast is coming from that corner of Italy, except that it will be a 2+2 GT described as having “a bit more ground clearance.” Superficially, that sounds like an elevated version of the Asterion LPI 910-4 hybrid concept car (pictured), something we’d be totally OK with, but the target is “a four-seater two-door like the GT cars of the Fifties and Sixties.” Designers and engineers are working on it now, still in the exploratory phases of how to deliver everything buyers want from a raging bull the minus the trademark V10 and V12 noises. Company boss Stephan Winkelmann noted two vital aspects in comments to TopGear last year, the first being, “Yes, we have opportunities to be different in terms of body styles, but the cars will always be immediately recognizable as Lamborghinis.” After looks comes handling, Winkelmann adding that performance EVs have great straight-line acceleration, but not enough lateral capability to satisfy Lamborghini. “It’s about how you put all the handling capabilities inside the car, which today is missing in electric cars. We’re sure we can do so.”

While having an EV is a necessity, the honcho is trying to keep internal combustion going for those not ready to make the transition. “For the two super sports cars [Aventador and Huracán] we want to stay hybrid for as long as possible,” he said, “and we want to see how much synthetic fuel can help us to keep this alive after 2030.”

A last note on Revuelto: We expect the Aventador and Huracaán names to retire when their PHEV successors arrive. The Revuelto trademark filing included EVs, but there’s no reason the name couldn’t serve a series production car well before 2028.