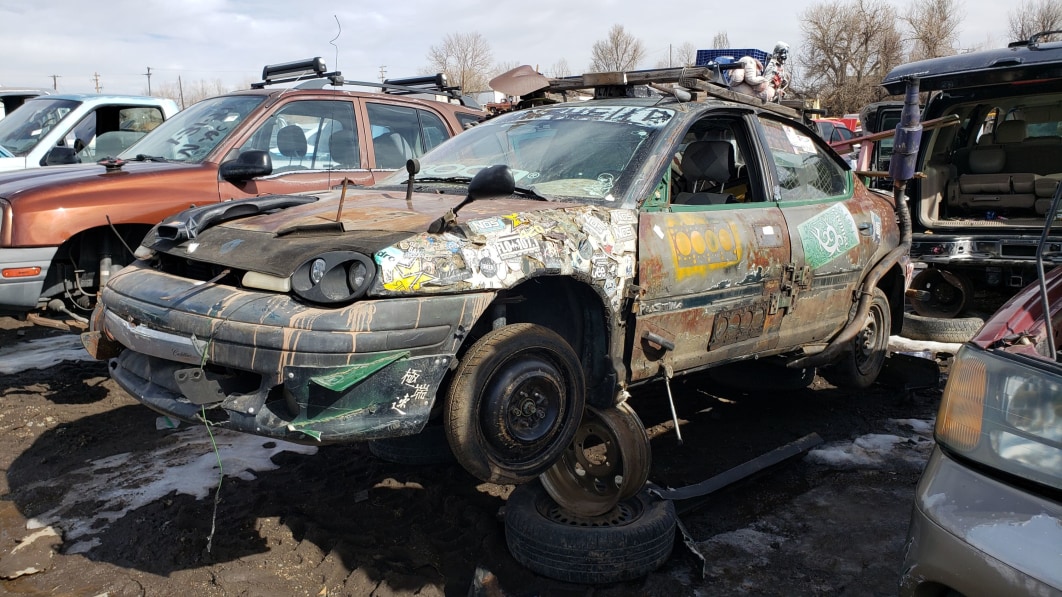 I’ve found some pretty interesting heavily modified vehicles in junkyards over the years, including wild art cars with stuff glued all over them and/or covered with murals and end-of-life machines that fell into the hands of fabricator types with lots of tools and random parts lying around. Today’s Junkyard Gem seems to be more the latter type yet definitely shows signs of serious artistry at the same time. Meet Rustina, a 1995 Dodge Neon whose last few years on the streets of Colorado were very eventful. 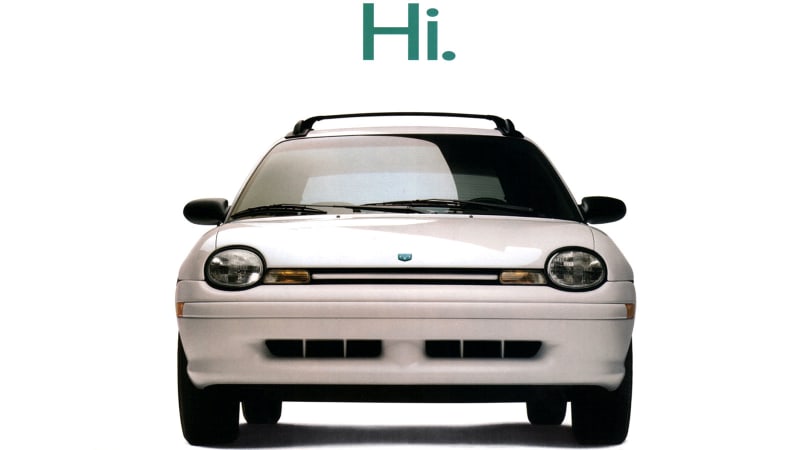 The Neon was introduced to the American driving public as a 1995 model with both Dodge and Plymouth badging (and identical pricing for both marques). It had an irritatingly cute marketing campaign that Chrysler later repudiated in brutal fashion during the more fearful “Axis of Evil” era of the following decade. While the Neon said “Hi,” the Caliber and Nitro thirsted for blood! 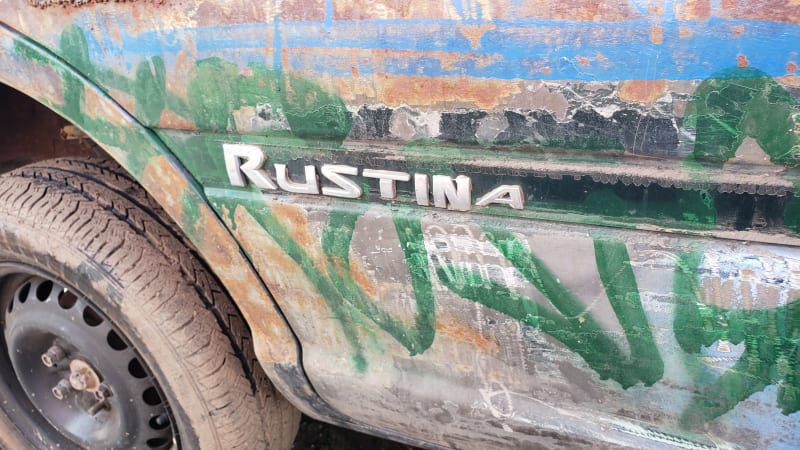 I don’t know if the creator(s) of this car’s modifications were trying to de-cutify the “Hi” version of the first-year Neon or were just working with a cheap car at hand, but they assigned an endearing name to it: Rustina! I am reminded of the legendary Slokyo Drift Suzuki Swift that I documented last year, and it’s possible that both cars got their upgrades at the hands of the same individual or crew. Naturally, I saved both sets of custom badging from the cold steel jaws of The Crusher, and now they adorn my garage walls along with other art.