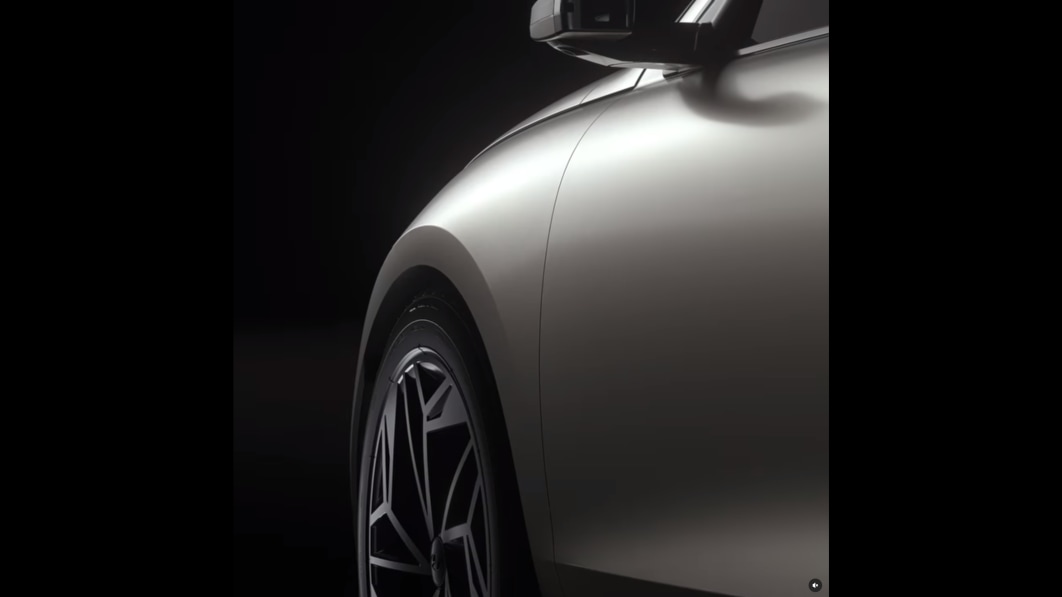 It’s been just two (really long) years since we saw the Hyundai Prophecy concept that led to the Ioniq 6. Looks like the production Ioniq 6 is finally close to a reveal, the automaker posting daily teasers on a devoted Ioniq 6 site. The site doesn’t reveal how many teasers there will be, so the drip could continue for a few more days or a fortnight or more. Also, the most recent image shows a car with a camera for a side mirror, so we could be in line for another production-ready concept on the reveal date instead of the final retail McCoy, or a version meant for international markets.

Prototypes from last year showed admirable connection to the concept and looked production ready, but another proto discovered in Norway a couple of months ago had been wrapped in more camouflage. Last year, the Korea Economic Daily reported internal Hyundai documents spoke of delaying Ioniq 6 production by two or three months “for a significant redesign and longer mileage to appeal to young, trendy drivers.” Supposedly, Hyundai has extended the length of the Ioniq 6 by 20 millimeters, installed the larger 77.4-kWh battery shared with the Ioniq 5, and fitted a “lighting grille” that could act as a kind of LED communication device with those outside the car. We saw a kind of grille like that on the Hyundai Seven concept at the LA Auto Show; seems the Ioniq 6 front fascia would need quite the rework to get one in.

The paper said production will begin in May or June of this year, making an imminent reveal right on time. There are also two teaser shots with the “parametric pixel” design hallmark of Ioniq vehicles, one with pixels in the lower front fascia that could be the “lighting grille,” the other of the spoiler above the sloping decklid. That treatment will be echoed in the double-stacked row of individual LED DRLs under the main headlights, and in the individual LEDs under a clear cover for each taillight.

Hyundai’s “electrified steamliner” will come with a 215-horsepower single-motor RWD powertrain or a 308-hp dual-motor AWD variant, the most economical of those promising a range beyond 300 miles.