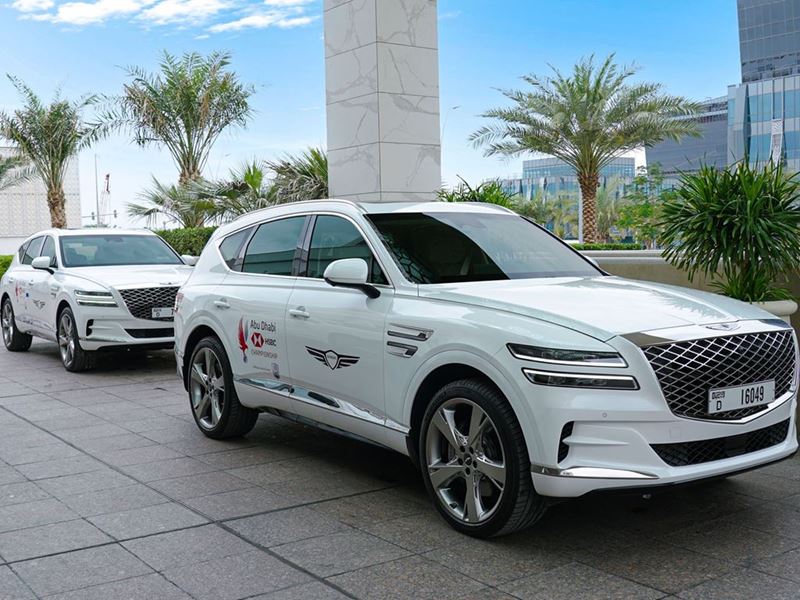 In partnership with Abu Dhabi Sports Council and the DP World Tour, the 17th edition of the tournament will be held at the iconic Yas Island from January 20-23.

Genesis will provide Abu Dhabi HSBC Championship with a fleet of 40 cars which will be used to transport VIPs, golfers, throughout the four-day tournament.

Genesis’ brand presence will be visible throughout the Abu Dhabi HCBC Championship with several display stands as well as Genesis’ Hole in One Stand, whereby visitors can experience Genesis vehicles including G80 and GV80. Visitors may schedule a test drive plus speak to a Genesis representative to learn more about the iconic Genesis line-up.

Genesis has shown a strong commitment to the sport of golf with a history of tournament sponsorships and continue its commitment to showcasing unique brand experiences in the global growth of golf. Genesis began its golf sponsorship in 2017 by sponsoring the Genesis Invitational and THE CJ CUP of the PGA TOUR. Most recently, Genesis further solidified its presence in the golf landscape as the brand announced to become title sponsor of the Scottish Open, which will be co-sanctioned by the PGA TOUR and the DP World Tour for the first time as a part of a strategic alliance between the two Tours. Genesis also became the Official Automobile Sponsor of the 2022, 2024 and 2026 Presidents cup.

To celebrate Yas Links Abu Dhabi hosting the 17th edition of the prestigious tournament for the first time, fans will have the opportunity to witness the world class field in person for free, including four-time Major Champion Rory McIlroy and recently crowned DP World Tour Number One Collin Morikawa.