Gajser continues his MXGP domination with another one-one 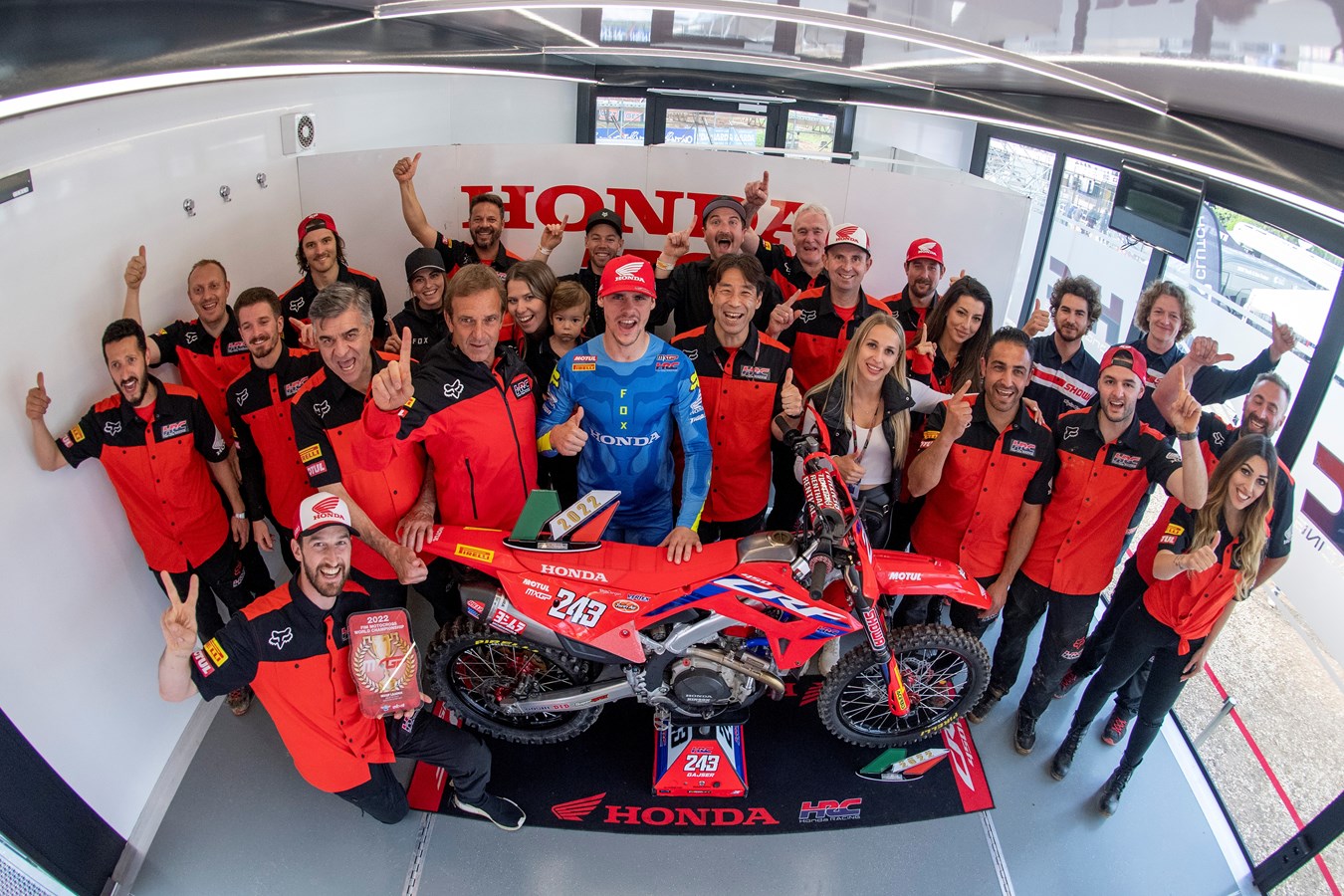 After a dry Saturday, the overnight rain turned this iconic venue into a tricky, muddy venue for the early morning sessions. However, by the time the MXGP class dropped their gate for the first time, the surface had dried considerably and this allowed for some creative line choices from the best motocross riders on the planet.

In both races, Gajser worked his way into the top three by the time they crossed the line for the first lap and after studying the riders in front, he worked out exactly when and where to pass them in what were further examples of just how much control his has over his nearest MXGP rivals. In race one, he waited until the final third of the race to make his move, whilst in race two it took him only four laps before he took the lead. And in both cases, he was able to pull out a gap immediately, and cruise to two more moto wins. This takes the Slovenian’s tally to 10 out of a possible 14 race wins, and six overalls out of seven in what is an extremely impressive start to the 2022 season.

Today the conditions were a lot different than yesterday and that allowed more lines to form, which gave me more opportunity to make the passes I needed. I was able to get two good starts and move into the top three in both races early on. From there, I just had to choose the right time and the right place to make my moves and try to control the race afterwards. The track certainly wasn’t easy after the rain but I enjoyed creating my own lines and I’m just really enjoying my riding out at the moment and this win was a nice moment. A big thank you to Team HRC for all their work with the bike, and just being great people to be alongside during a race weekend. Also thank you to all the fans who come to these races, it is much better this year having a good crowd to cheer us along.