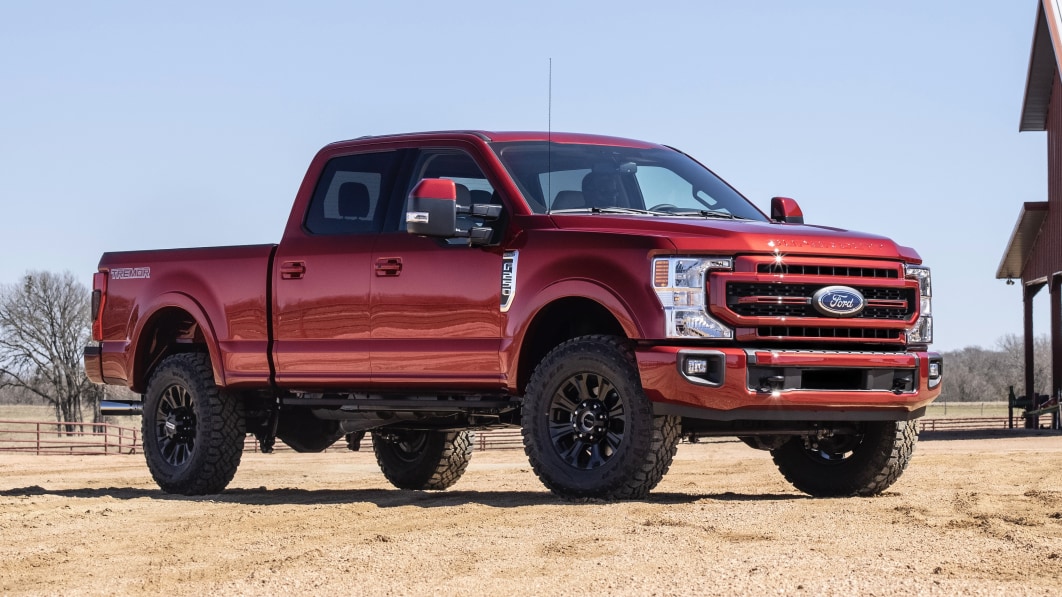 Ford’s engine plant in Windsor, Ontario, Canada builds the 5.0-liter Coyote for the Mustang, the 7.3-liter Godzilla for the F-Series trucks, and will add a 6.8-liter for the pickups soon. The government in Canada has marked 2035 as the deadline to switch all new light-duty vehicle sales there to battery-electric, and that has Windsor workers focused on the plant’s future. According to Unifor Local president John D’Agnolo, talking to the Windsor Star, the future looks good for the next 18 years or so. D’Agnolo spoke to two high-ranking executives at Ford Canada, then told the paper that when it comes to engines for trucks, “They don’t see until 2040 before they get out of the combustion side of it.”

The F-series has been the best selling vehicle in America for decades, providing Ford with mighty profits when the automaker can build enough of them. Those profits are now being dumped into the enormous investments required to switch to battery-electric automaking. But Canada’s deadline for EV-only sales doesn’t include heavy-duty trucks, and the enormous American market has no such deadline for a total changeover on the light-duty side. That means Power Strokes will be with us for a while, and look to keep Windsor in business. D’Agnolo said the Ford execs “were quite positive,” since “That’s where they make their profits to invest into the battery electric vehicle side.”

Of course, everything is changing so quickly that the situation could be revised well before 2040, and D’Agnolo realizes that. Part of the discussion with the Ford centered on keeping Windsor in the frame for transition to new products once its combustion products are longer viable. The union chief doesn’t want the plant’s position as a maker of legacy engines to doom its chances of joining the revolution.

On a side note, D’Agnolo provided a glimpse at the massive pressures on the chip side. The Star wrote, “D’Agnolo said the 1,700 chips required for an electric F-150 Lightning are eight times the number in the current F-150.”