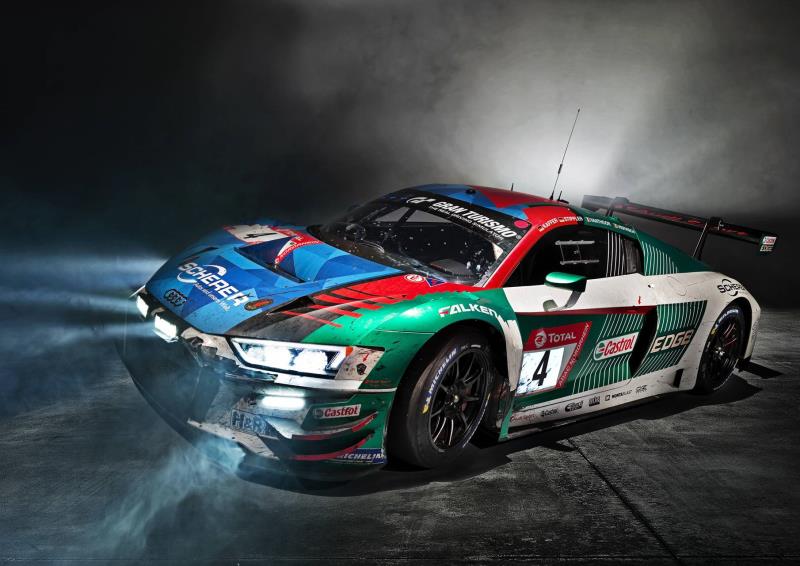 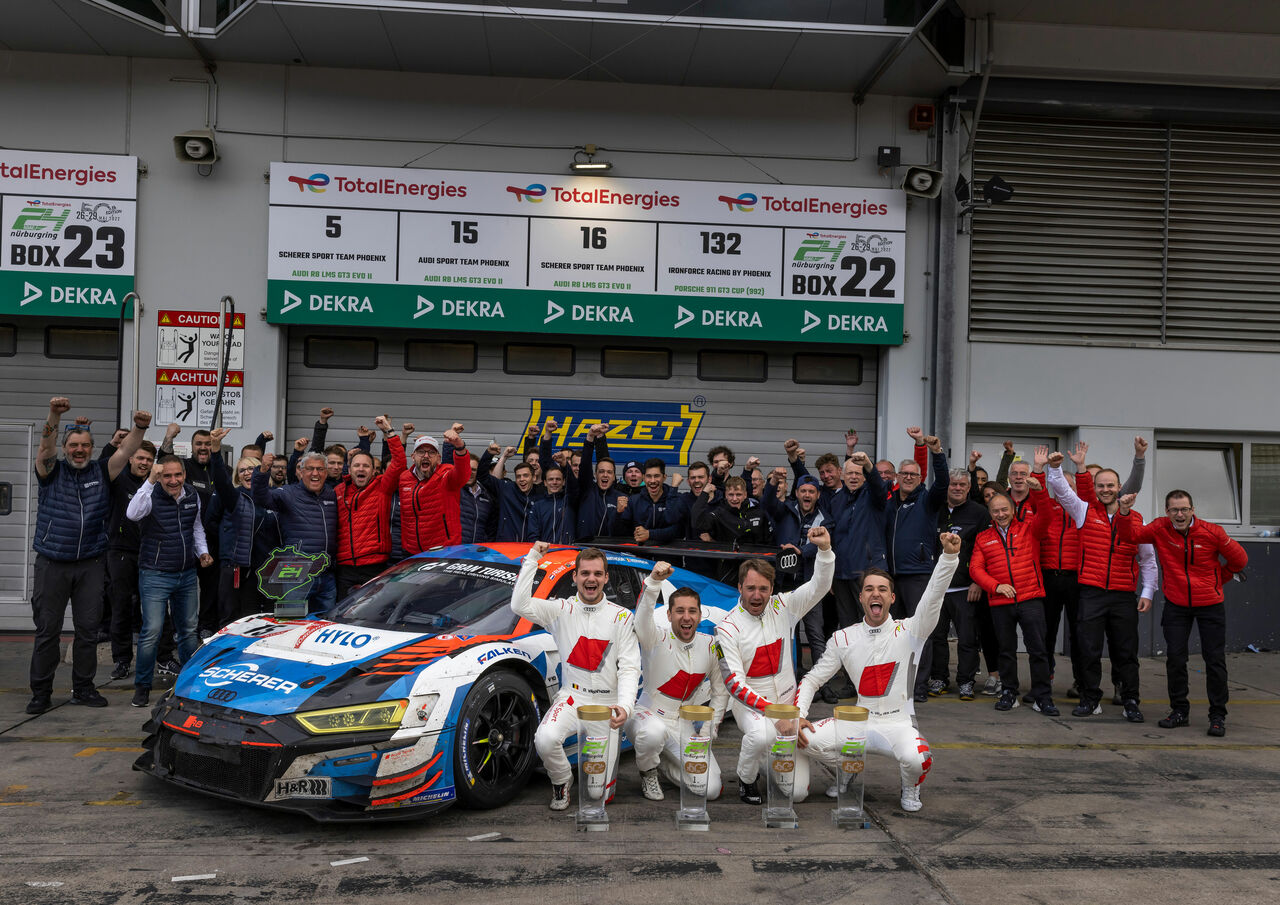 Audi decided the iconic endurance race in its favor for the sixth time. In 2012 and 2014, the first generation of the Audi R8 LMS won and in 2015, 2017, 2019 and 2022, the second generation was victorious. As a result, Audi has remained the most successful manufacturer in the race during this specific period of time.

For Phoenix Racing, the team based directly at the Nürburgring, it also marked the sixth victory at its home race, the fourth of which the team has clinched with Audi as Audi Sport Team Phoenix. Ernst Moser’s squad was the fastest competitor in 2012, 2014, 2019 and now once again with the R8 LMS.

Audi Sport drivers Kelvin van der Linde, Dries Vanthoor and Frédéric Vervisch each have previously won this race once with Audi. The South African van der Linde achieved his breakthrough in 2017 with Audi Sport Team Land and the two Belgians, Vanthoor and Vervisch, were part of the winning team in 2019. For Robin Frijns, this was the first 24-hour race victory in his career.

Audi Sport customer racing has claimed its second 24-hour victory this season with its teams, following the MS7 by WRT team’s triumph in the Dubai 24 Hours in January. Dries Vanthoor was involved in both successes.

Ever since the program was launched in 2009, Audi Sport, to date, has clinched 16 overall victories in 24-hour races with the various versions of the R8 LMS at the Dubai, Nürburgring, Sebring, Spa and Zolder race tracks. In American club racing, customer teams have additionally achieved three victories across the unusual distance of 25 hours.

The starting position for the number 15 Audi was anything but favorable. The line-up of four drivers in the first group only started the race only from twenty-first position on the grid. The blue-white-red liveried Audi took the lead for the first time on lap 49, hence eight hours into the race shortly before midnight.

The race car from Audi Sport Team Phoenix completed a total of 84 laps in the lead before the finish, but it wasn’t the only Audi to have led the field some of the time: car number 22 from Audi Sport Team Car Collection led for six laps. As a result, Audi was out in front for 2,284 kilometers or 56 percent of the whole race’s distance.

A total of 42 lead changes between the individual race cars from Audi, Aston Martin, BMW, Ferrari, Lamborghini, Mercedes-AMG and Porsche characterized the anniversary edition. Consequently, all of the manufacturers represented in the leading SP9 class were front runners at least once.

With a total distance of 159 race laps equating to 4,035 kilometers completed, Audi Sport Team Phoenix equalized its own distance record in this race that the squad had set in 2014.

Some of the factors that Everaerts was not accustomed to included the frequently long names of the many famous track sections at the Nürburgring. The Belgian openly admitted that they were not always easy for him to understand and that it repeatedly took him some time to find them on the map. The engineer also had to get used to the prevailing temperatures: at night, it was so cold that he wore several jackets.

Not unusual at all for him was working with the drivers. Everaerts, in 2019, led Kelvin van der Linde, Frédéric Vervisch and Dries Vanthoor to victory with Audi as their engineer at the Suzuka 10 Hours, a round of the Intercontinental GT Challenge.

At the Nürburgring on the last weekend in May, van der Linde reeled off 49 race laps, Vanthoor completed 40, Vervisch 38 and Frijns 32.