Dramatic third place for the F.C.C TSR Honda France in the last lap of the 24H SPA EWC Motos 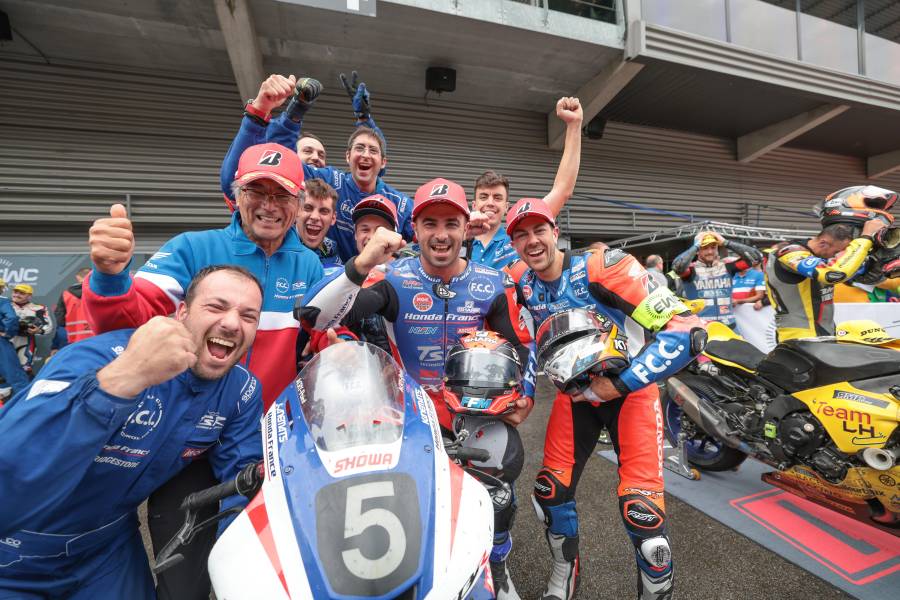 After an excellent start on Saturday at 1pm, Australian rider Josh Hook finished his first lap in the second position, having started from fourth on the grid.

The Honda CBR1000RR-R Fireblade #5 was sitting in the top three for the first 10 hours of the race, with great performance of the three riders, perfect pit stops and constant lap times.

The Honda team took advantage of a technical problem on the front bike to lead the race, but unfortunately, a broken chain failed after 15 hours of running, forcing Gino Rea to push back the bike into the pits. Consequently, the extended pit stop of almost 15 minutes made the Honda rejoin the race in 10th place.

Once again, the Honda endurance specialists showed a high level of determination and the team began an incredible comeback, placing the Honda Fireblade in fifth place just entering the last quarter of the race.

On Sunday morning, the rain appeared quite heavily, causing several crashes in only a few minutes, including Mike Di Meglio, who had an early crash but without any serious consequences and was able to continue without stopping at the pits.

With the fastest lap times under the heavy rain, the Frenchman closed the gap with the front group and placed the Honda #5 in podium positions.

However, the F.C.C. TSR Honda France dropped back to fourth place after the team pit stop and immediately after, the race was suspended due to a red flag to clean up a substantial oil on the track from a technical bike failure.

Bikes were held in the parc fermé for almost 2 hours while waiting for the restart time of the race. Finally, it was decided to resume the race for 10 minutes under safety car conditions according to the classification when it was suspended. It was the turn of Rea to fight for these final laps, and after an intense battle with Simeon, the British rider took the third place in a breathtaking final.

With 42 points scored during the 24H de SPA EWC Motos, added to the 49 points the team got during the 24 Heures Motos in Le Mans, the F.C.C. TSR Honda France team is now in 2nd place in the 2022 EWC Championship, 15 points behind the leader.

The next event will be in Japan for the 8H of Suzuka on August 7.