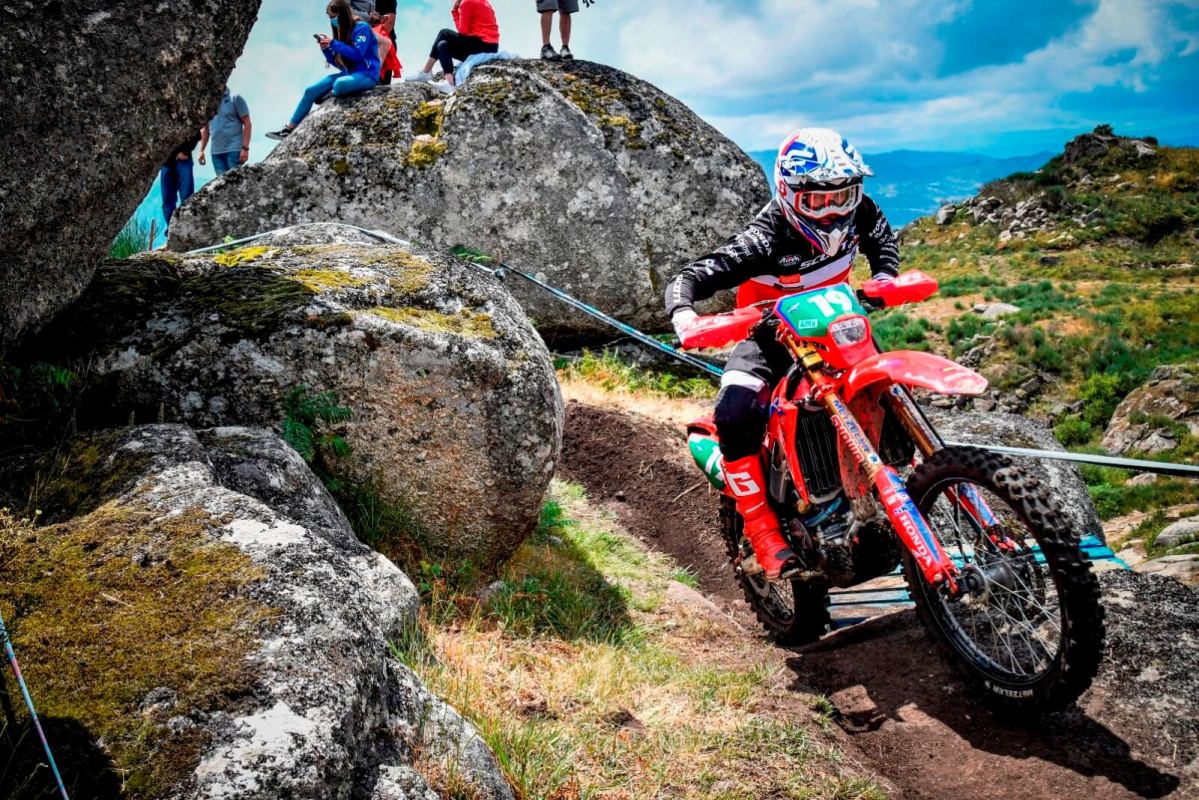 This weekend the Enduro World Championship was back to Portugal for the fourth round of the season. A Grand Prix that Honda Racing RedMoto World Enduro Team will never forget.

The race in Souselas-Coimbra kicked off on Friday evening with the Super Test and in each of the following two days of competition riders faced a 60-kilometre course with three special tests: Enduro Test of 6 km on hard ground, stones and sand with passages through the woods, Exteme test of 1.2 km and then TC 1 followed by the Cross Test of 5.5km on a wide meadow.

Nathan Watson made it double, ruling the EnduroGP. A great success for the team led by Matteo Boffelli, who achieved a historic double victory with the CRF 450RX Enduro in a GP of Portugal that will never be forgotten. Second in the Super Test, the British rider set the pace, winning both his class, the E2, and the EnduroGP ahead of Verona. That’s Watson’s fifth success in the top class after those of 2017 in Greece (both day1 and day2), Portugal and England.

Great weekend also for Roni Kytonen, star among the Junior. On Saturday he finished second in J1 and Junior Overall, while on Sunday he got two amazing wins (class and Overall).

Excellent performance for Thomas Oldrati too: after the fourth position on Saturday by less than a second from the top three, on Sunday he finishing third. He set also two top ten in the EnduroGP.

Next race for Honda Racing RedMoto World Enduro Team is the fifth round of the Italian Championship on July 17th in Ceva, near Cuneo.

“Two positive race days. I had a very good pace in all the test, but as always I struggled in the cross, losing several seconds. However, I’m satisfied because on Saturday I finished close to the podium and on Sunday second”.

“An incredible weekend, I’m speechless! We worked a lot on the bike: the feeling was perfect and I knew I could push. I gave my best without any mistakes. Thanks to the whole team!”.

“Great weekend. On Saturday I couldn’t catch Pichon, while on Sunday I pushed from the start and got a beautiful overall and class win. I’m very happy: thanks to the team for the great job!”.

“A weekend we will never forget: the first victory in the Enduro GP is an indescribable emotion. The guys were amazing: Watson was unrivalled, Kytonen and Thomas so strong. We are satisfied with this season and we know we can fight for the E2 title. Thanks to RedMoto and all who works for us”.