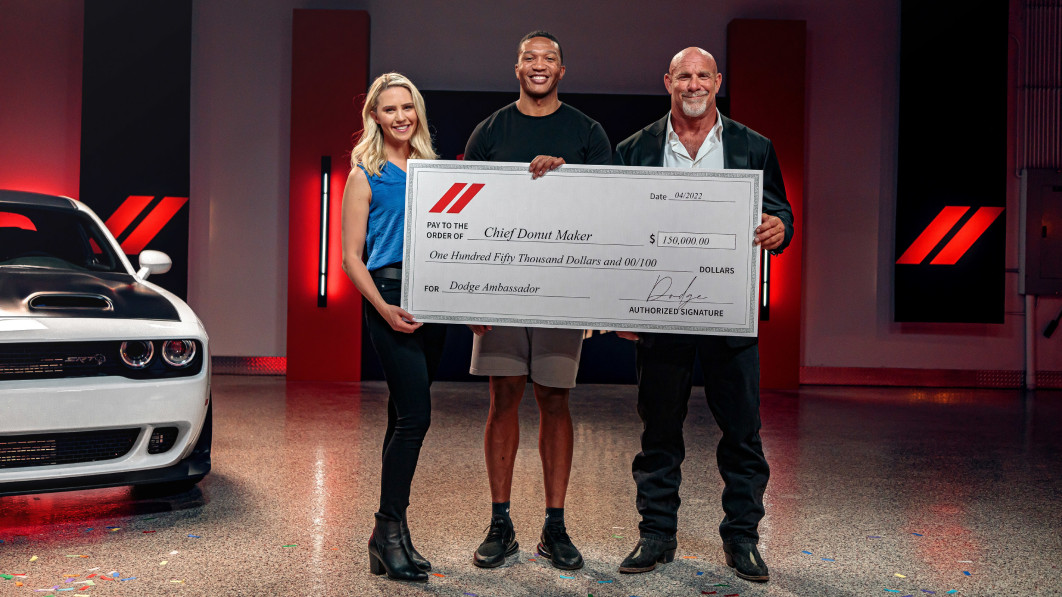 The nationwide Dodge Garage Chief Donut Maker competition concluded this week after 173,500 applicants were whittled down to just one winner: Preston Patterson of North Carolina will be the brand’s ‘Never Lift’ campaign ambassador for the next two years, helping fans keep track of the brand’s migration to electrified performance — and he gets a fat check and the keys to a Challenger Hellcat to boot. Not a bad gig, eh?

“To go from a kid who had a poster of a Dodge Viper on my bedroom wall to being handed the keys to a Dodge Challenger Hellcat as my company car is beyond my wildest dreams,” said Patterson. “I’m 100% ready for my first assignment as chief donut maker, and I’m looking forward to representing Dodge and the Brotherhood of Muscle at some epic automotive events in this next year, especially Roadkill Nights this summer.”

Applications for the position were due in January. Contestants then had to submit a short promotional video in February. From those videos, Dodge’s judges selected 10 finalists to participate in a web series filmed at Radford Racing School, where the finalists participated in a series of challenges and eliminations until Patterson was crowned Chief this week.

“After a nearly four-month search for our chief donut maker, we were blown away by our 10 finalists, and how each uniquely embodied the very best of the Dodge brand,” said Dodge CEO Tim Kuniskis. “We put our candidates to the test both on and off the track and Preston never lifted, proving that he possesses the knowledge, character and drive to represent the Brotherhood of Muscle.”

Fans can follow @ChiefDonutMakerOfficial on Instagram to keep tabs on Patterson as he follows Dodge’s progress toward the future of electrified muscle.