Cadillac Celestiq strip tease continues to be a slow one 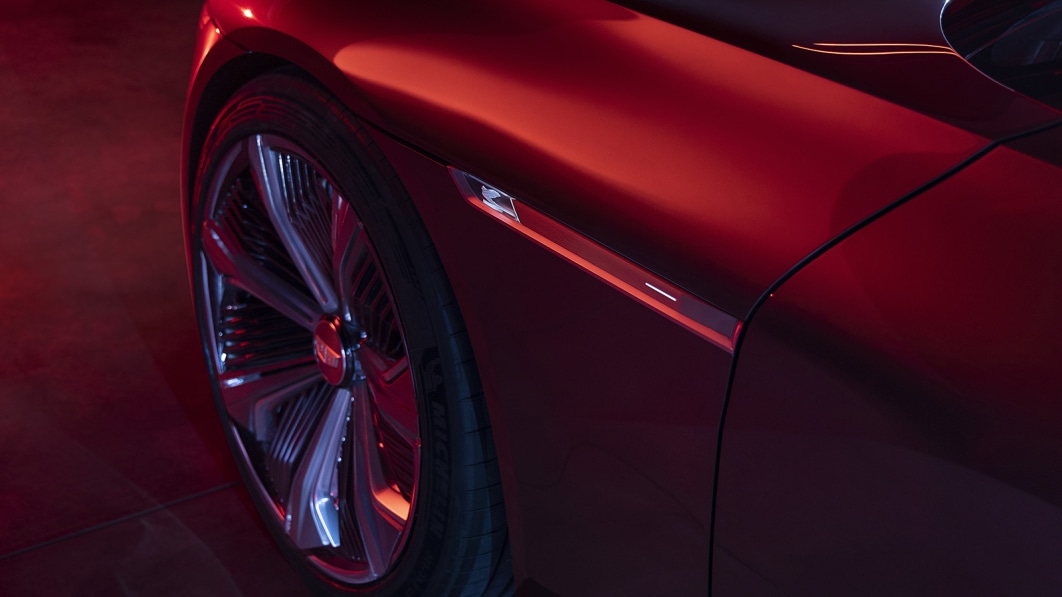 From rumors in 2020 to confirmation early last year, Cadillac has been drip-feeding information about its flagship luxury EV, the Celestiq. That continues with the latest teaser photos shown above, and a barren, but boastful press release.

How boastful? Take this little nugget: “From first approach, the striking silhouette of the Celestiq show car leaves a lasting impression, challenging the ultra-luxury space with the spirit of futurism and the avant-garde.”

What little we can make of the photos certainly seems good. They’re apparently of a Celestiq show car, but Cadillac has previously confirmed the car will make it to production starting next year. The most promising of the images is of the left front fender, which is long and low, with a thin amount of metal between the top of the tire and the sheetmetal. It has us hoping for something along the lines of Cadillac’s many beautiful show cars of the past few decades. The bolt on the door hinge with the brand’s classic motto, “Standard of the World” is another nice touch.

Previous reports and images have suggested the Celestiq is some kind of sedan, or possibly a liftback. At the very least, it’s not another crossover or SUV. It will be the first model from GM to feature Ultra Cruise, which takes the hands-free functions of Super Cruise beyond highways. And it could cost more than $200,000. Cadillac will be releasing further teaser shots of the Celestiq this summer on the General Motors Design Instagram account. We expect the show car to be revealed late this year or early next year in anticipation of production sometime next year.