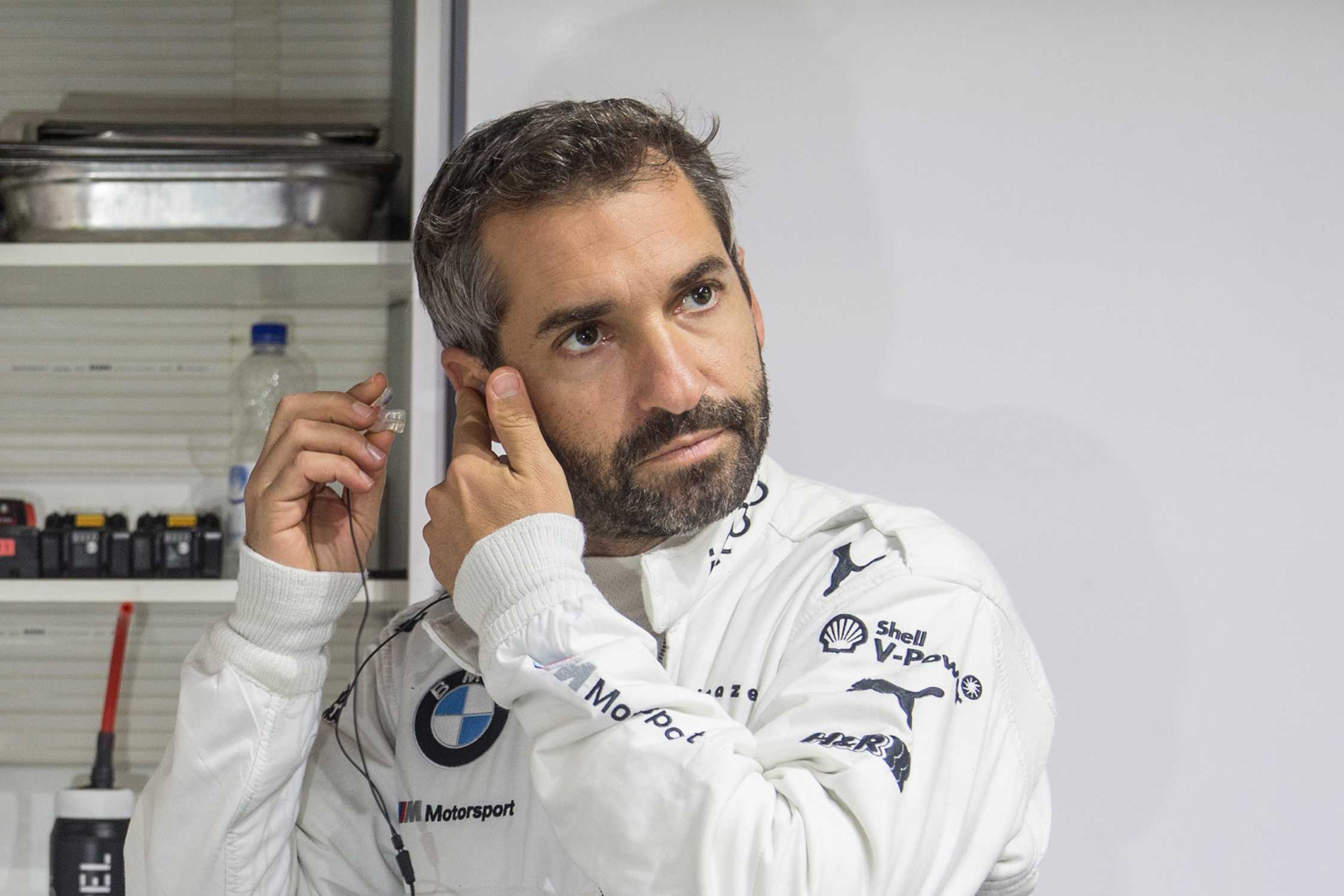 Two familiar names, Timo Glock (GER) and 1989 champion Roberto
Ravaglia (ITA), will return to the DTM at the third race weekend of
the 2022 season in Imola, Italy (17th to 19th June). Glock will make a
guest appearance in the BMW M4 GT3 with Ravaglia’s Ceccato Racing
team. The German BMW M Motorsport works driver was a regular in the
DTM from 2013 to 2021, and this season races in the Italian GT
Championship with the BMW Italia Ceccato Racing team, led by Ravaglia.
He shares the cockpit of a BMW M4 GT3 with fellow BMW M Motorsport
works driver Jens Klingmann (GER) in the Italian series.

“I am really looking forward to my DTM comeback in Italy, and to
returning to the series together with the 1989 DTM champion, Roberto
Ravaglia, and his team,” said Glock. “This is really very cool. It is
also great to be at the wheel of the new BMW M4 GT3, which I have
driven already in the first few races in Italy. The car really, really
suits me, but I am intrigued to see how it goes in the DTM. One
example is that we will be on a different brand of tyre which does not
make it any easier. Another issue is the pit stops. In Italy, you are
not up against the clock so much, as it is just a driver changeover
without the tyre change. As a team, that is a bigger challenge for us.
However, I am just really looking forward to competing with Roberto
Ravaglia at Imola. It is going to be a great weekend.”

Ravaglia shares this anticipation: “It is really exciting to be back
in the DTM after so many years,” said the Italian. “I remember the
thrill of 1989, when I won the DTM as a driver. I am now fortunate
enough to be a part of the DTM as team manager of Ceccato Racing at
the iconic Imola racetrack – and in the year that marks the 50th
anniversary of BMW M. I am aware that the DTM is one of the most
spectacular and fiercely-competitive championships a driver or team
can win. It will not be easy for our team to join part way into the
season, and only for one race weekend. However, we are very highly
motivated and will give it our all. I know I can count on a
competitive car in the BMW M4 GT3 and a super motivated driver in Timo Glock.”

In the Italian GT Championship, Timo Glock (GER) competes in the
sprint races alongside Jens Klingmann (GER) for BMW Italia Ceccato
Racing in the BMW M4 GT3. The duo won the opening race at the
season-opener at Monza (ITA), and then finished runner-up in race two.
Last weekend, they picked up another podium finish at Misano (ITA).
Despite having to make longer pit stops as a result of the good
results at Monza, Glock and Klingmann still managed to finish third in
the Sunday race, courtesy of an impressive fightback with some
remarkable overtaking manoeuvres. On Saturday, the two BMW M
Motorsport works drivers had to settle for twelfth place after
suffering a puncture. Despite that, Glock and Klingmann lead the
Sprint standings in the Italian GT Championship with 47 points each
after two of four events.

“The weekend was great fun again,” said Klingmann. “It was clear from
the outset that it would be a case of damage limitation for us, given
the extra 25 seconds of stationary time in the pit stops – 15 seconds
on Saturday and ten on Sunday. We did a good job of that, particularly
on Sunday, when we still made it onto the podium and picked up
valuable points, despite the longer pit stop. Unfortunately, we
suffered a puncture on Saturday following a collision. But that kind
of thing can happen when the success handicap means you have to take a
big risk. A big thank you goes to the BMW Italia Ceccato Racing team,
who worked hard and, particularly for the Sunday race, improved the
car so much that we were able to make it onto the podium.”

IMSA: Paul Miller Racing on the podium in Detroit.

Madison Snow and Bryan Sellers (both USA) finished third in the GTD
class at the wheel of the #1 BMW M4 GT3 for Paul Miller Racing in the
IMSA WeatherTech SportsCar Championship in Detroit (USA). The duo came
home just six seconds behind the winning car after 1:40 hours of
racing. For Turner Motorsport, winners in Mid-Ohio, the race at the
Belle Isle circuit did not go to plan. After issues in qualifying and
a drive-through penalty in the race, Bill Auberlen and Robby Foley
(both USA) had to settle for eighth place in the GTD category in the
#96 BMW M4 GT3. However, the overall Sprint Cup standings make happy
reading for the two BMW M Motorsport teams. After four of eight
events, Snow and Sellers lead Auberlen and Foley in second place. The
next IMSA race is part of the Endurance Cup. BMW M Team RLL will
compete with the MOTUL BMW M4 GT3 in the GTD-PRO class at the 6 Hours
of Watkins Glen (USA) on 26th June.

The Japanese Super GT Championship was at Suzuka (JPN) for the third
race of the season at the end of May – and it was a perfect weekend
for BMW M Team Studie. Seiji Ara and Tsubasa Kondo (both JPN) took
pole position in the GT300 class with the BMW M4 GT3 in Saturday’s
qualifying. Ara then made a perfect start to the race on Sunday,
consistently extending his lead after an early safety car period.
After 20 laps, he handed the car over to his team-mate Kondo. He
continued to race clear of the opposition, until another safety car
brought the field back together. However, when the race resumed, Kondo
again pulled away from his rivals – and BMW M Team Studie claimed the
first victory for the new BMW M4 GT3 in Japan. The success was the
perfect way to mark a big anniversary for BMW M, which celebrated its
50th birthday in this week.

Century Motorsport claimed another podium in the GT4 class in the
British GT Championship endurance race at Donington Park (GBR). Will
Burns and Jack Brown (both GBR) brought the #90 BMW M4 GT4 home in
second place after an eventful and hard-fought three-hour race. Their
team-mates Tom Rawlings and Chris Salkeld (both GBR) were ninth in the
GT4 class in the #9 BMW M4 GT4. Betty Chen (TPE) and Angus Fender
(GBR) again drove in the GT3 class for Century Motorsport in the new
BMW M4 GT3. After three hours of racing, they crossed the finish line
in 14th place.

Round two of this season’s GT4 European Series took place at the
weekend at Le Castellet in the south of France. The Borusan Otomotiv
Motorsport team fielded two BMW M4 GT4. In the Silver class, Will
Burns (GBR), who had been in action in the British GT Championship the
weekend before, and Berkay Besler (TUR) finished sixth in race two,
having previously failed to finish the opening race. Their team-mates
Yağız Gedik and Jason Tahincioglu (both TUR) ended race one in 14th
place in the Pro-Am class, but did not finish race two. The W&D
Racing team competed with one BMW M4 GT4 in the AM class. Paolo Meloni
(SMR) and Massimiliano Tresoldi (ITA) came home seventh in that class
in both races.

The BMW M Motorsport teams enjoyed a successful second race weekend
in the 2022 ESET Cup Series at the Red Bull Ring (AUT). The Trevor
Racing team finished on the GT3 podium in all three races with the new
BMW M4 GT3. Gregor Zsigo (SVK) was runner-up in both sprint races. In
the endurance race, Zsigo shared the cockpit of the BMW M4 GT3 with
Dennis Waszek (CZE). The duo again finished second in their class.

The Šenkýř Motorsport team fielded two BMW M4 GT4s at the Red Bull
Ring. In the opening sprint race, Samuel Vetrák and Marian Bíž (both
SVK) took victory in the GT4 class. Their team-mate Petr Švantner
(CZE) failed to finish race one. Švantner and Vetrák then finished
second and third in the second sprint. Vetrák/Bíž and Švantner also
made it onto the podium in the endurance race, in second and third place.

The BMW M2 CS Racing Cup Italy was at Misano (ITA) at the weekend for
round two of the season. Victory in Saturday’s opening race went to
Marco Zanasi (ITA), followed by Gustavo Sandrucci (ITA) and Luigi
Ferrara (ITA) in second and third place. Race two on Sunday was won by
Lorenzo Marcucci (ITA). Ferrara came home second that time, with
Sandrucci third. After two race weekends, Ferrara leads the Drivers’
Championship with 69 points, ahead of Sandrucci (59 points).