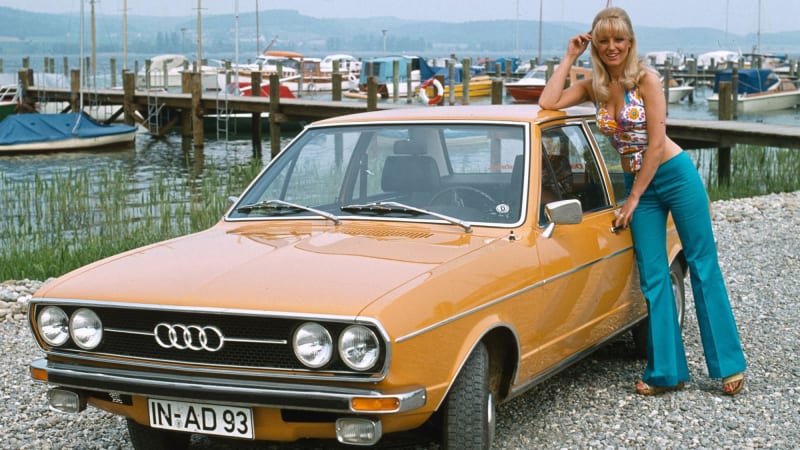 In 2022, we place Audi on the same level as Mercedes-Benz and BMW. Several models deserve credit for helping the firm achieve this hard-earned market positioning, but the 80 is arguably the car that laid the foundations. Known as the Fox in America, it’s celebrating its 50th birthday.

Audi as we know it was formed in the 1960s, though it traces its roots to the late 19th century. Volkswagen began buying into a German carmaker named Auto Union in 1964, largely because it needed additional production capacity to build the Beetle and the deal included a then-recent factory in Ingolstadt. The idea was never to let the firm stand on its own; DKW, one of the companies that made up Auto Union, was phased out and replaced by Audi, but the company was strictly forbidden from designing new cars. Audi assembled a small team to secretly design the original 100 and showed it to Volkswagen boss Heinz Nordhoff when it was finished. He reluctantly approved the car.

Released in 1968, and brought to America in 1970, the 100 proved more popular than anyone expected, so Audi was given a new lease on life and assigned the funds it needed to design new models, including the 80. While the nameplate wasn’t new, nearly everything else about the car was: It was developed with an eye on lightness to deliver engaging handling and good fuel economy, and it offered users a spacious interior in spite of a relatively small footprint. The entry-level two-door model weighed 1,840 pounds and measured about 164 inches long.

The boxy sheetmetal hid several innovations, including a diagonal braking system that improved safety. Power came from a water-cooled four-cylinder engine that was mounted longitudinally and that spun the front wheels via a four-speed manual transmission in its standard configuration. Displacement ranged from 1.3 to 1.6 liters, with outputs pegged between 55 and 100 horsepower. This wasn’t unusual, but the clever bit was that these engines were part of the same EA827 family. Designing a modular engine saved a tremendous amount of money.

Over 1 million units of the first-generation 80 were built by the time production ended in 1978, a number that exceeded expectations and convinced executives once and for all that Audi had a role to play in the Volkswagen Group. On a secondary level, the 80 took Audi into a new segment that was almost non-existent in the early 1970s. The first-generation 80 was replaced by a second-generation model in 1978 (it was called 4000 in America), the third-generation 80 arrived in 1986, and the fourth-generation car made its debut in 1991. The last 80 was built in 1995; by that point, the original A4 had been launched to take the torch, signaling the start of a new chapter in the firm’s history.

We also have the 80 line to thank for some of Audi’s greatest hits: The rally-winning Quattro was a heavily-modified evolution of the Coupe GT, which was based on the second-generation 80’s B2 platform, and the RS2 super-wagon was related to the Avant variant of the fourth-generation 80. And, finally, we have the 80 to thank for the Passat: The first-generation model released in 1973 was very similar to the 80.