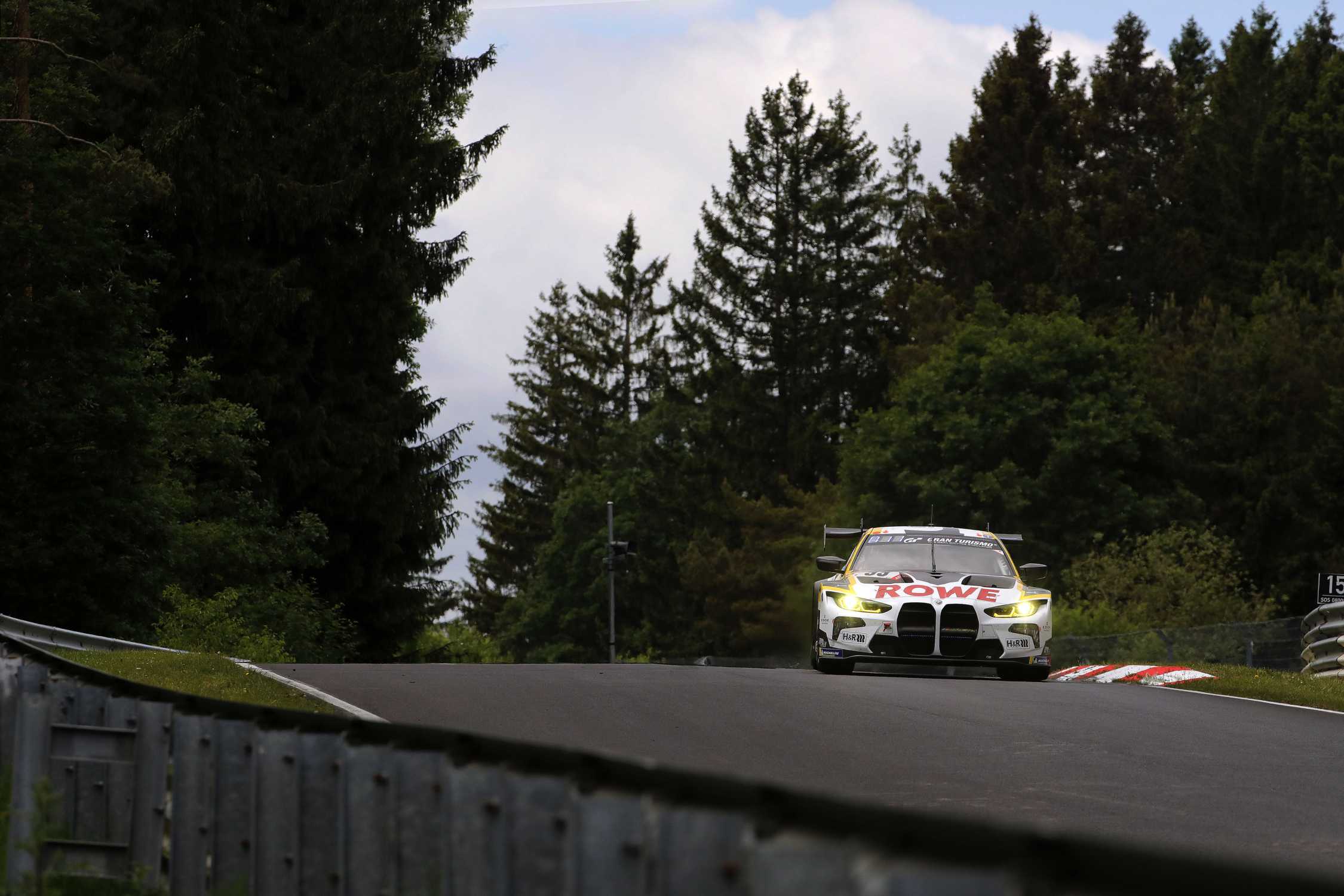 Nürburgring. After last year’s pole position with the BMW M6
GT3, ROWE Racing has now marked the debut of the BMW M4 GT3 by
making it to the front row of the grid in the 24-hour race at the
Nürburgring (GER). Augusto Farfus (BRA) posted the second-fastest
time of 8:10.640 minutes. In the #72 BMW M4 GT3, Dan Harper (GBR)
claimed sixth spot for the BMW Junior Team – directly ahead of
Christian Krognes (NOR) from the Walkenhorst Motorsport team in
seventh position. Nick Catsburg (NED) drove the second ROWE Racing
car to 13th on the grid, after his team-mate Sheldon van der Linde
(RSA) set a spectacular best time in Top Qualifying 1. Ben Tuck
(GBR) reached 18th place in the #102 BMW M4 GT3 from Walkenhorst
Motorsport. The 50th edition of the 24h Nürburgring starts on
Saturday at 16:00 CEST.

The #20 BMW M4 GT3 from Schubert Motorsport, with Jesse Krohn (FIN)
at the wheel, just missed out on progressing from the first section of
Top Qualifying. He will start from 21st position. The #100 Walkenhorst
Motorsport car will start from behind the starting group.

In qualifying for the BMW M Race of Legends, which is scheduled to
take place on Saturday just before the grid lines up for the 24-hour
race, Bill Auberlen (USA) secured pole position on the Grand Prix
circuit in his BMW M2 CS Racing ahead of Johnny Cecotto (VEN) and Eric
van de Poele (BEL). The race will feature a total of twelve cars.

Augusto Farfus (#99 BMW M4 GT3, ROWE Racing, starting position
2): “I’m very happy to be up there in P2; that’s a great
result. The car has been strong here all season and it felt like I
expected in qualifying. Well done to BMW M Motorsport, it’s a strong
performance overall.”

Dan Harper (#72 BMW M4 GT3, BMW Junior Team, starting position
6): “Very happy with my qualifying. The lap times are very
close, but P6 is a great starting position for the 24-hour race. I was
excited to be out there fighting on such a high level. Thank you to
BMW M Team RMG for putting together a great car; I’m very much looking
forward to the race.”

Christian Krognes (#101 BMW M4 GT3, Walkenhorst Motorsport,
starting position 7): “I’m a little bit disappointed to be
honest, as I expected a bit more than P7. I didn’t get the perfect
temperature into the tyres in the first lap where it had its peak. But
anyway, we take P7 and aim for a good race. I know we have a very
strong car.”

Nick Catsburg (#98 BMW M4 GT3, ROWE Racing, starting position
13): “Unfortunately, I had a few mistakes in my first lap.
That was as bit of a shame. Sheldon did a great job in Q1 to get us
into the second shoot-out but I wasn’t able to finish what he began.
Hopefully P13 isn’t an unlucky number for us. It’s a long race and
everything is possible.”

Ben Tuck (#102 BMW M4 GT3, Walkenhorst Motorsport, starting
position 18): “It’s amazing driving the Nordschleife
without any traffic. That alone makes this session a special occasion.
We are just really happy to have made it into Q2 and into the top 20.
We are fighting in the Pro-Am category, so we are really happy with
where we are.”

Jesse Krohn (#20 BMW M4 GT3, Schubert Motorsport, starting
position 21): “The first lap was fine and I felt that also
on the second lap the tyre was still very good but I just hit a Code
60 zone, so clearly the qualifying was done. You lose ten seconds and
there is no way of catching it so it was just bad luck. I truly
believe that we could have improved on the second lap, especially on
the Nordschleife. It’s a pity to be out as the first car but sometimes
that happens. But it’s a long race, we have a good race car, we have
been focusing a lot on the race set-up. I have high expectations and I
think that we still have a good race.”