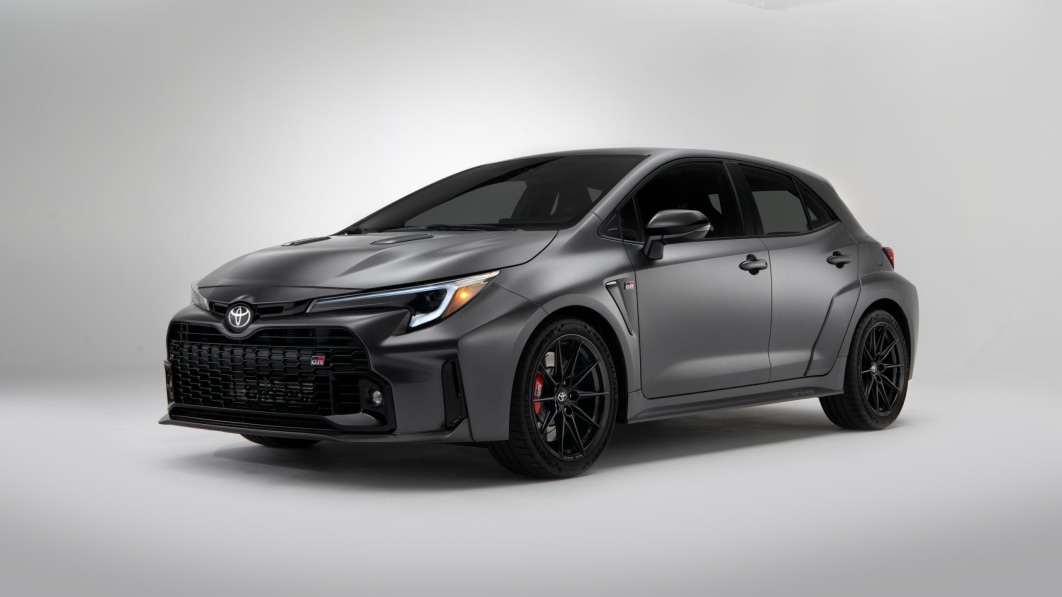 This special edition GR Corolla is limited to just 200 units in 2023, and it turns the wick up even higher than the already aggressive Circuit Edition. As for its name, “Morizo” is what Toyota CEO Akio Toyoda used as an alias as a member of the Gazoo Racing team when it was getting off its feet.

The 1.6-liter three-cylinder engine is improved for the Morizo Edition, as it now makes 295 pound-feet of torque versus the regular GR Corolla’s 273 pound-feet. Horsepower remains the same at 300 ponies. The extra twist comes via re-tuned engine software, and peak torque is now made at 3,250-4,600 rpm versus 3,000-5,500 rpm. The six-speed manual is now a “close ratio” manual transmission, so expect shorter gearing versus the regular GR Corolla. Plus, Toyota says it also features shorter differential gearing for better acceleration “across the power band.”

Total weight for the Morizo Edition is 3,186 pounds, 106 pounds less than the Circuit Edition, but it comes at a great cost to utility. Toyota removed the rear seat from the car, and along with it came the rear door speakers, rear window regulators, rear wiper blade and accompanying wiper motor. It also features lighter-“weight and model-exclusive forged 18-inch wheels. And lastly, the same carbon fiber roof as is used for the Circuit Edition is used for the Morizo.

To further improve handling, the Morizo Edition gets red-painted monotube dampers with a unique tune “for a precision driving feel fit for racing.” Expect them to be stiff. The stiffening continues with two additional rear strut braces, and Toyota specifically calls out that you can still fit a set of four tires in the rear for a track day with these braces in place. As for the standard rubber, Toyota upgrades the Morizo to super-sticky Michelin Pilot Sport Cup 2 spec. Plus, the tires themselves are 10 mm wider than the tires on the regular GR Corolla.

Exterior design changes for the Morizo will only be caught by the close onlooker. The only differences between it and the Circuit Edition is a new brake duct design, exclusive wheels and an available exclusive matte gray paint option pictured in this story. The other paint option is Windchill Pearl (white).

On the inside, Morizo Edition cars get exclusive seats covered in a combination of red and black “Ultrasuede” and synthetic leather. Toyota uses its Ultrasuede on the steering wheel, shift knob, shift boot and parking brake lever, too.

Pricing for the GR Corolla Morizo Edition is not being made available now, but Toyota says the car will go on sale starting in 2023. Best of luck trying to get your hands on one of the 200. Toyota doesn’t say if it will bring the Morizo Edition back for subsequent model years, so it’s unclear if more than 200 will ever be made available at this point.