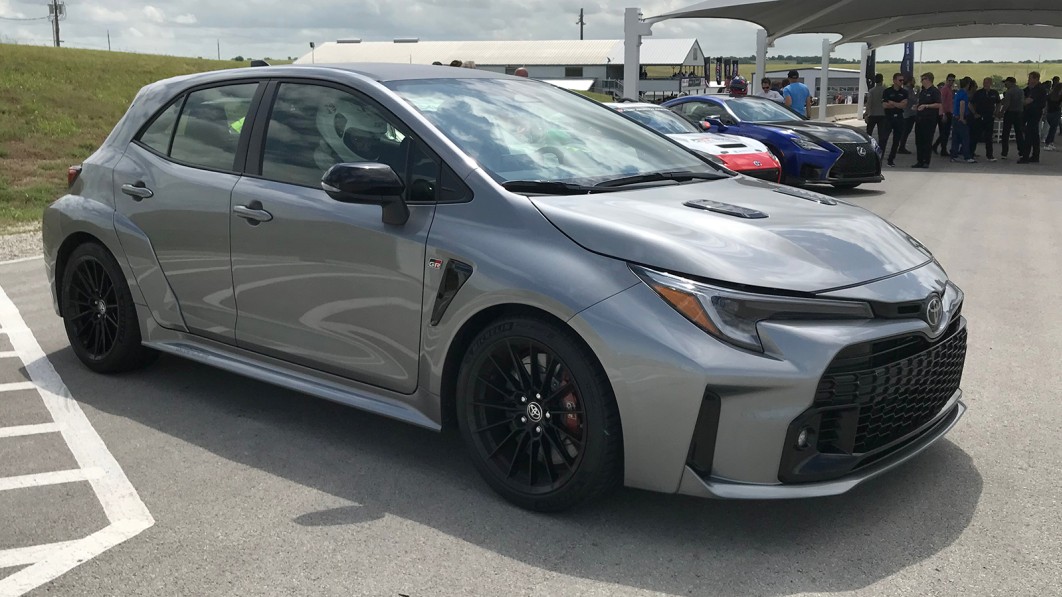 From the moment it was announced (actually, since the moment its little Yaris sibling was announced), we’ve been aching to get a taste of the 2023 Toyota GR Corolla. And we finally got a brief, but relatively intense taste thanks to Toyota and professional drifter Ryan Tuerck. In conjunction with the company’s summit and Toyota Sequoia first drive event (stay tuned for that next week), we got to experience a hot lap in the hot hatch with Tuerck at Eagles Canyon raceway. It was only one lap, and we were only granted access to the passenger seat, but that still leaves us with a few things to share.

First off is that the GR Corolla sounds great. The 300-horsepower turbo three-cylinder engine is surprisingly smooth sounding with a deep growl. It also seems quite eager to rev. At full bore and trying to keep from flinging around the cabin, it was hard to detect any significant turbo noise. It is fairly loud, but not obnoxiously so, especially from the outside. It’ll be interesting to see what its like in normal driving and cruising on the highway.

Handling wise, the car has some mild body roll, but that’s being driven seriously hard and fast. Odds are it’ll feel even more flat on public roads. And a trip over some curbing demonstrated that it’s fairly compliant going hard over a nasty bump and it stayed highly planted and controlled. It does seem like the car understeers a bit when pushed, but the rear end seems easy enough to bring around. This was in the default 50/50 front/rear torque split. Tuerck confirmed that it’ll get the back end around much easier shifting the torque rearward. And at least from the passenger seat, it seems like it’s pretty predictable and safe at the limit, providing plenty of warning that you’re running out of grip. Tuerck also said as much and complimented the car’s feedback.

That’s about all we can tell without getting behind the wheel ourselves. And we seriously can’t wait to do so. The specs alone had us drooling, and now that we’ve gotten so close, we’ll be counting the minutes until we get to it again.