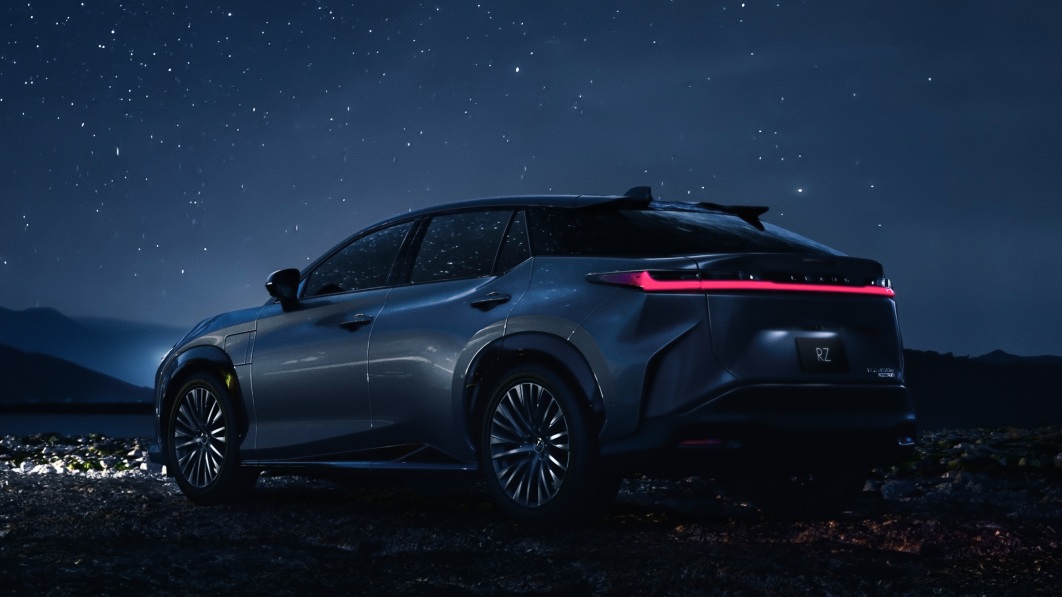 The reveal of the 2023 Lexus RZ 450e is just around the corner, and Lexus has released one final teaser before all the specs and details are made available. It’s a shot of the rear, highlighting the full-width rear LED taillight signature.

Despite Lexus making a number of changes, there’s no hiding the resemblance to the vehicle this one is based on: the Toyota bZ4X. We’ve already seen a couple of teasers of the RZ 450e, showing it with an available yoke style steering wheel. Plus, Lexus essentially showed us an unvarnished look at the front, revealing the lack of a giant spindle grille.

What we’re waiting for now are the specs and features that will separate the Lexus from the Toyota and Subaru versions of this car. You’ll be able to tune in on April 20 at 6 a.m. ET to see the reveal happen live, and then you can read all about it on Autoblog directly after.