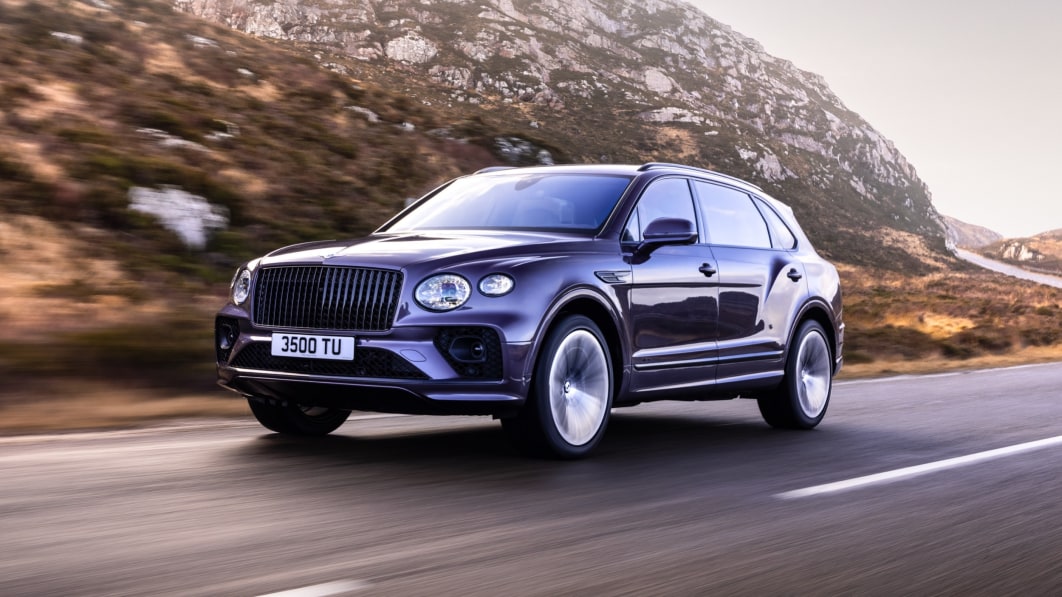 Bentley has been without a true flagship model since it ended production of the Mulsanne in 2020. It pledged to fill the gap, and it kept its promise by developing a longer version of the Bentayga called Extended Wheelbase (EWB) that offers passengers a limousine-like cabin.

Stretching the Bentayga, which is Bentley’s best-selling model, was more difficult than it might sound; the Volkswagen-owned British firm notes that it spent a nine-figure sum on the new model. It notably redesigned the side panels, the underbody, the rear doors and the roof. The investment should pay off, because the EWB will account for about 45% of Bentayga sales when it enters production later in 2022.

About 7 inches were added to the Bentayga’s wheelbase, and the rear-seat passengers are the sole beneficiaries of the extra sheet metal. In its standard configuration, the EWB offers a 4+1 seating configuration with outer rear seats that are heated, ventilated, 16-way power-adjustable and capable of giving you one of five massages. Buyers who want the ultimate in comfort can order the Airline Seat Specification, which Bentley calls “the most advanced seat ever fitted to a car” — that’s a bold statement. This option brings individual rear seats with a backrests that can recline to a 40-degree angle and a Postural Adjustment function that changes the shape of the seat to ease pressure points. Interestingly, the system is capable of providing 177 adjustments every three hours and making a three-dimensional twist.

Selecting the Airline Seat Specification also brings a system called Seat Auto Climate that relies on sensors to maintain a pre-set seat temperature; passengers have six levels to choose from. The contact temperature and the surface humidity are both measured on the cushion and in the backrest, and the seat’s heating and ventilated elements are activated as-needed to ensure the occupant is comfortable.

Alternatively, buyers can order one of two additional configurations called Four Seat Comfort and Five Seat, respectively. While the regular-wheelbase Bentayga is available with three rows of seats, the EWB is two-row only because it caters to buyers who primarily want space.

The list of options is astonishingly long; Bentley notes that 24 billion trim combinations are possible. If you have money to spare, you can order the EWB with a cooler integrated into the rear part of the center console (champagne flutes are included, of course), Diamond Illumination that relies on LEDs to shine light through holes in the leather used to upholstery the door panels, and power-closing doors.

Longer wheelbase aside, not a lot differentiates the EWB from the standard Bentayga when it’s viewed from the outside. Look closely and you’ll notice that the grille has been redesigned and that the 22-inch 10-spoke wheels are specific to this body style. Sit inside, look up, and you might see that the sunroof has been been moved towards the back by about five inches to bring it closer to the rear passengers.

Power for the EWB comes from a 4.0-liter, twin-turbocharged V8 rated at 542 horsepower and 568 pound-feet of torque. It spins the four wheels via an eight-speed automatic transmission, and Bentley quotes a 0-60-mph time of 4.5 seconds. Four-wheel steering comes standard to make the XL-sized Bentayga easier to maneuver at low speeds, and the 48-volt anti-roll system is found here as well. The four-wheel steering system isn’t a marketing gimmick: the EWB’s turning radius is 7% shorter than the standard-wheelbase SUV’s.

Bentley’s long-wheelbase Bentayga will enter production before the end of 2022. Pricing information hasn’t been released yet.